Ahead of R-Day, here are 5 upcoming patriotic films to watch out for 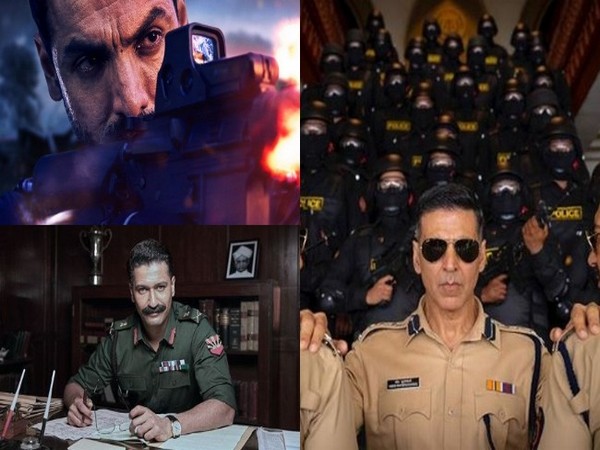 As the country is gearing up for the annual celebrations of the 71st Republic Day, here are some upcoming patriotic films that will surely pump up the adrenaline of all patriots.
1. 'Sooryavanshi'
Be it a space scientist bringing glory to the nation or a common businessman airlifting Indians, Akshay Kumar has portrayed several roles wrenched in different shades of patriotism. Kumar will be seen as ATS chief Veer Sooryanavshi in his upcoming action film helmed by Rohit Shetty. The film is set to hit theatres in March this year.
2. 'Attack '
Approaching towards a hat-trick of patriotic films releasing around Independence Day for three years in a row, John Abraham will next be seen in action-drama 'Attack'. Abraham who has won hearts with 'Satyamev Jayate' and 'Batla House' which released around the occasion is all set to fight terrorists in 'Attack'. The film is slated to release on August 14.
3. 'Tejas'
After playing the victorious freedom fighter Rani Lakshmi Bai, Kangana Ranaut will be seen portraying an Air Force pilot in her next film 'Tejas'. Shooting for the flick, helmed by Sarvesh Mewara and produced by Ronnie Screwvala will start in July this year. The film revolves around one of India's first Light Combat Aircraft Tejas.
4. 'Sam'
After pumping every patriot's 'josh' very high with 'Uri: The Surgical Strike', Vicky Kaushal is all set to essay the role of India's first Field Marshal Sam Manekshaw in director Meghna Gulzar's next. The film will be a cinematic portrayal of India's win against Pakistan in the 1971 war which was led by Manekshaw. Kaushal shared the first look of the film in June 2019. The film will make its way to the theatres in 2021.
5. 'Kargil Girl'
Although Bollywood presented a film on India's Kargil war many years ago with 'LOC: Kargil', the film failed to mention India's first woman combat aviator Gunjan Saxena's contributions in the victory. 'Kargil Girl' starring Janhvi Kapoor is based on Saxena's courageous takes in the film. Shot in Lucknow and Georgia, the movie will see the light of the day later this year.
Alternatively, Ajay Devgn's 'Tanhaji: The Unsung Warrior' has already stunned audiences with its gripping portrayal of the life of Maratha warrior Taanaji Malusare. The film has to date raked in over Rs 197 crores across India and has been declared tax-free in several states of the country. (ANI)
ADVERTISEMENT