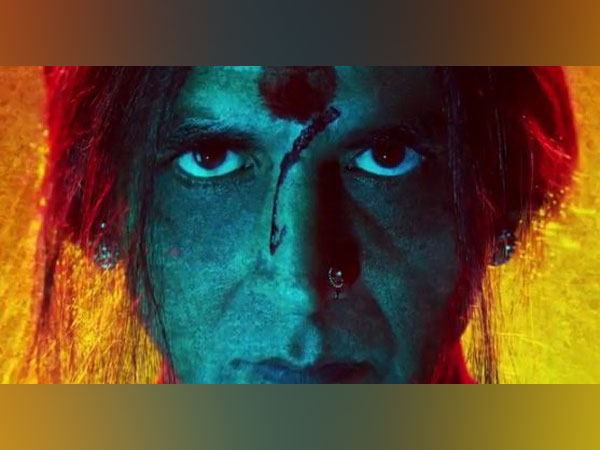 Mumbai (Maharashtra [India], September 16 (ANI): By sharing a spooky glimpse from his upcoming horror-comedy 'Laxmmi Bomb', actor Akshay Kumar on Wednesday announced that his film will be released on OTT platform in the Diwali week on November 9.

#AkshayKumar and #KiaraAdvani starrer #LaxmmiBomb will be available to stream November 9 onwards.


Along with the release date, the 'Namaste London' star shared a scary clip that featured his character in the film, with a message popping up on the screen that read, "When the outcast becomes outraged," post which the clip read, "Akshay Kumar in and as...Laxmmi Bomb".
As the short clip progresses, it features a close-up shot of Kumar with a big red dot (Bindi) on his head, post which Akshay is seen transformed into a lady with a scar on the nose which is accompanied by terrifying music in the backdrop. A voiceover says in the backdrop, "Aaj se tera naam Lakshan nahi Laxmmi hoga."
He added in the caption to the video, "Aa rahi hai #LaxmmiBomb 9th November ko, only on @DisneyPlusHSVIP! Get ready for a mad ride kyunki #YehDiwaliLaxmmiBombWaali #DisneyPlusHotstarMultiplex."
'Laxmmi Bomb' also features Kiara Advani in a pivotal role.
Earlier, while launching the first two looks of his upcoming film, 'Laxmmi Bomb' by live interaction on 'Hotstar Disney Plus.' the 'Special 26' actor called the genre of the movie his "favourite" and a "passion project", Akshay said he was looking forward to doing the film. (ANI)