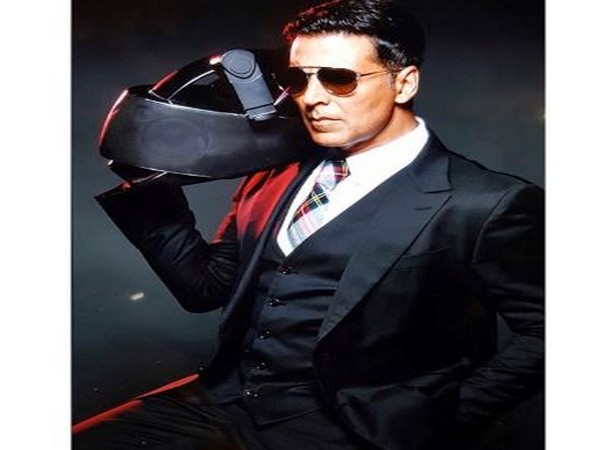 New Delhi [India], Jan 20 (ANI): Akshay Kumar on Monday shared a picture of himself striking a cool pose as he taught his fans how to deal with Monday blues.

The 52-year-old actor took to Instagram as he shared the picture alongside a caption that reads: "Either you run the day or the day runs you. #MondayVibes #LetsDoThis" 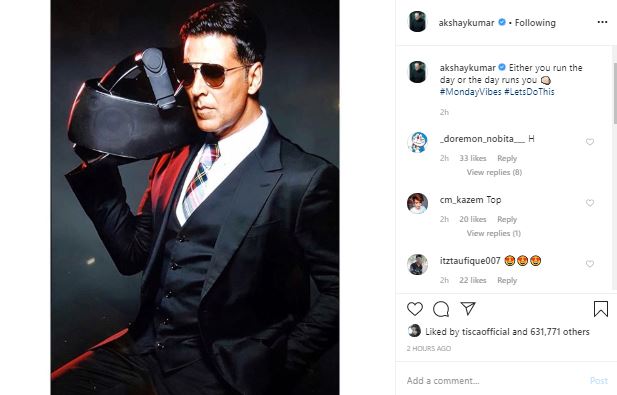 In the photograph shared by the 'Mission Mangal' star, he is seen dressed in a black coloured three-piece suit and was also carrying a classy helmet.
Akshay nails the handsome hunk look in the picture as he motivated the fans to take hold of their day.
On the professional front, Akshay was last seen in blockbuster hit 'Good Newwz' alongside Kareena Kapoor Khan. The movie also featured Kiara Advani and Dijit Dosanjh.
He will next be seen in action-drama 'Sooryavanshi' with Katrina Kaif. 'Laxmmi Bomb', 'Prithviraj' and 'Bell Bottom' are also some of his upcoming films. (ANI)
ADVERTISEMENT