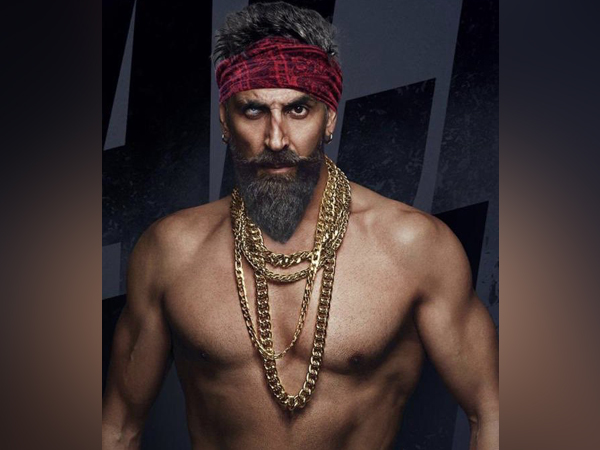 New Delhi [India], Jan 27 (ANI): After Aamir Khan thanked Akshay Kumar for shifting the release date of his film 'Bachchan Pandey', the latter responded by sharing a new poster and new release date of the film on Monday.

Kumar revealed in his social media post that the film will now make it to theatres on January 22 next year.
Khan had earlier tweeted thanking Akshay Kumar and producer Sajid Nadiadwala for shifting the release date of their film which was clashing on the release date of 'Laal Singh Chaddha'.
To which Kumar replied and tweeted, "Anytime @aamir_khan, we're all friends here. Presenting - new look, new release date. Coming on 22nd January 2021. In and as #BachchanPandey! #SajidNadiadwala @farhad_samji @kritisanon."
Along with the tweet, Kumar also shared his new and very intense look from the film. While the lungi and golden chains from the first look remained the same, what changed was the expression on Akshay's face. In the new poster, one of Akshay's eye is damaged and he has a big injury mark across his face. Adding to the rowdy element, the actor is also sporting a thick beard and a bandanna on his head, while flaunting his chiselled abs.
Later, producer of the film Sajid Nadiadwala also shared the new look poster on his social media.
The Farhad Samji-directorial is being produced by Sajid Nadiadwala in association with NGE Movies. (ANI)
ADVERTISEMENT