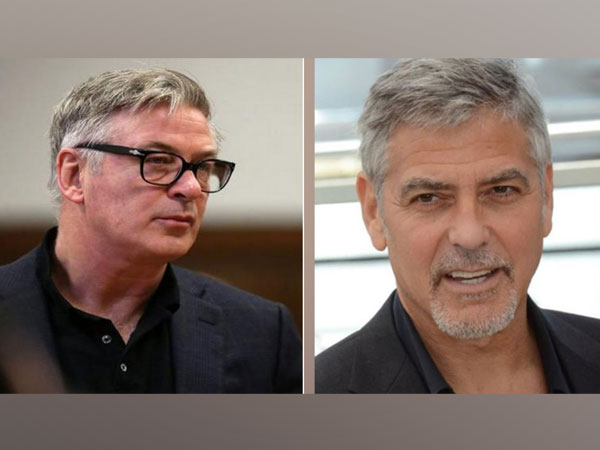 According to Fox News, the 63-year-old actor told the interviewer, George Stephanopoulos, that any outside comments made were not going to help the situation. "How do you respond to actors like George Clooney who say that every time they were handed a gun, they checked it themselves?" Baldwin was asked.
The actor said, "Well, there were a lot of people who felt it necessary to contribute some comment to the situation, which really didn't help the situation. At all."
"If your protocol is you check the gun every time, well, good for you. I've probably handled weapons as much as any other actor in films with an average career. Again, shooting or being shot by someone. And in that time, I had a protocol and it never let me down," continued Baldwin.
Clooney had said on the podcast 'WTF with Marc Maron' that he always personally checks a weapon after someone hands it to him on a set.
The 'Ocean's Eleven' actor reflected, "I've been on sets for 40 years and the person that hands you the gun, the person that is responsible for the gun is either the prop or the armorer, period. Now every single time I'm handed a gun on the set, every time they hand me a gun I look at it, I open it. I show it to the person I'm pointing it to, I show it to the crew."
"Every single take you had to back to the armorer when you're done... You do it again and part of it is because of what happened to Brandon [Lee], everyone does it. Everybody knows and maybe Alec did that, hopefully he did do that," he added.
Baldwin explained that when he was a young actor a prop person told him not to manipulate a weapon before a scene. Reasoning on the subject Baldwin said, "When that person who is charged with that job handed me the weapon, I trusted them. And I never had a problem."
Stephanopoulos then questioned the Emmy-winner what responsibility the actor has on the set to ensure safety.
"I guess that's a tough question because the actor's responsibility going this day forward is very different than it was the day before that," Baldwin reflected, adding, "First of all I can't imagine that I'd ever do a movie that had a gun in it again. The actor's responsibility is to do what the prop armorer tells them to do."
Baldwin said he was handed the gun that discharged and killed cinematographer Halyna Hutchins and injured director Joel Souza by the film's assistant director Dave Halls who told him the gun was "cold" meaning unloaded. The gun was in fact loaded with a real bullet which should have never been on set.
The producer clarified he never pulled the gun's trigger. He was holding the gun to line up a shot as directed by Hutchins to do when Baldwin "let go of the hammer" and the gun went off.
In a statement through her attorney obtained by Fox News, the film's armorer, Hannah Gutierrez-Reed said that she doesn't know how a live round was loaded into the gun. "Never in a million years did Hannah think that live rounds could have been in the 'dummy' round box. Who put those in there and why is the central question," one of her attorneys, Jason Bowles, said in a statement.
"Hannah was incredibly safety conscious and took her job very seriously from the moment she started on October 4. She did firearms training for the actors as well as Mr. Baldwin, she fought for more training days and she regularly emphasized to never point a firearm at a person," Bowles added, as per Fox News. (ANI)
ADVERTISEMENT