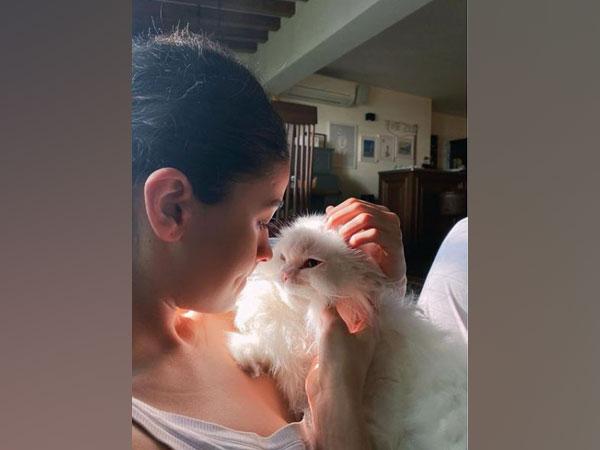 Mumbai (Maharashtra) [India], November 22 (ANI): Superstar Alia Bhatt on Sunday proved that she is a true blue pet lover when she shared an adorable picture while cuddling her cat, Edward, which she said was her muse.

The 'Highway' star actor took to Instagram and shared a cute picture of her gorgeous white Persian. In the snap, Alia is seen at home on her couch. Sporting a white top, the actor is seen holding Edward in her lap, as the cat looks intently at Alia as if the two are having an intriguing conversation.Alia is also seen embracing her dimpled cheek as she lovingly stares at her kitty. 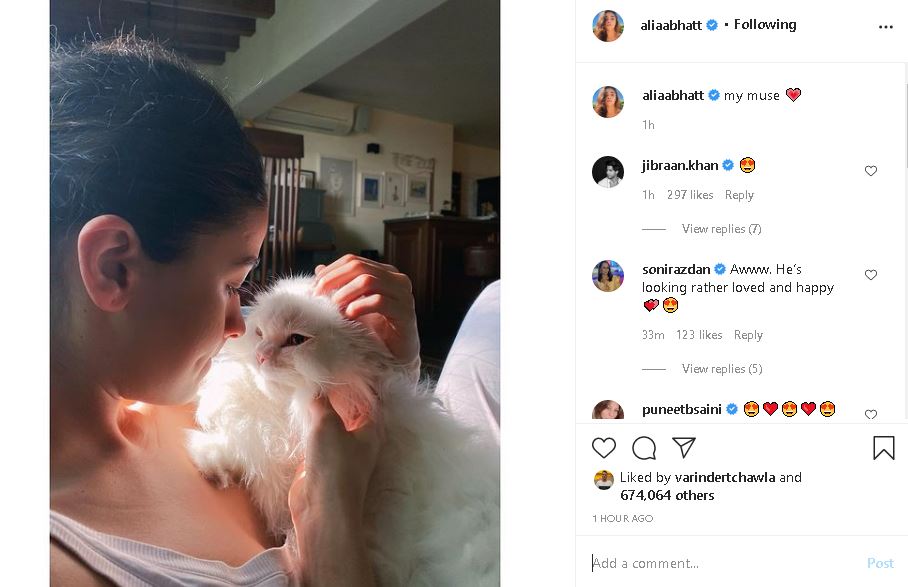 Bhatt captioned the post as, "My muse, (with a pink heart emoji)"
With the post hitting Instagram, more than 64,000 fans liked the post, with many leaving lovable comments.
"Ayee my beautiful aloo," wrote a fan.
"Mamma With Edward," wrote another.
Of late, the 'Student Of The Year' actor has been quite active on social media and has shared adorable pictures of her cute pet.
In July, Bhatt had shared a photo of a sleepy Edward and called him, "My calm in every storm." She had also shared a photo of her new cat Juniper. "When all else fails turn cat paparazzi," she had written in the photo caption.
On the professional front, Alia was last seen in 'Sadak 2' alongside Aditya Roy Kapoor. The movie also starred Sanjay Dutt. Alia has also been roped in for Ayan Mukherji's 'Brahmastra' with boyfriend Ranbir Kapoor. She also has got 'Gangubai Kathiawadi' in the pipeline with filmmaker Sanjay Leela Bhansali. (ANI)
ADVERTISEMENT