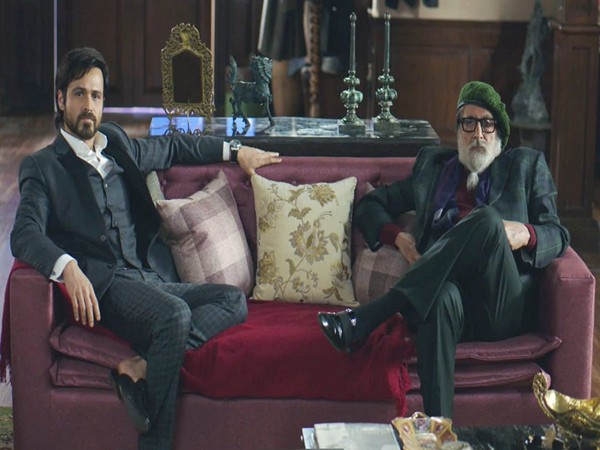 The film was earlier scheduled to hit theatres on April 24 but will now make it to the big screen on July 17.
Film critic and trade analyst Taran Adarsh shared the information on his Twitter account on Tuesday along with a glimpse from the film where the lead duo was seen donning an intense look while sitting on a sofa.
"New release date... #Chehre - starring #AmitabhBachchan and #EmraanHashmi - will now release on 17 July 2020... The change in date is due to a request made by the makers of #GulaboSitabo to avert a clash... #Chehre was earlier releasing on 24 April 2020." Read Adarsh's tweet.
The shooting of the mystery thriller was wrapped up on December 20 last year.
The movie 'Chehre' also features Kriti Kharbanda in a lead role. Directed by Rumi Jaffery and produced by Anand Pandit, the movie is a suspense thriller.
In the movie, Bachchan will be seen playing the role of a lawyer, while Hashmi will play the role of a business tycoon. The two will be seen sharing screen space for the first time. (ANI)
ADVERTISEMENT