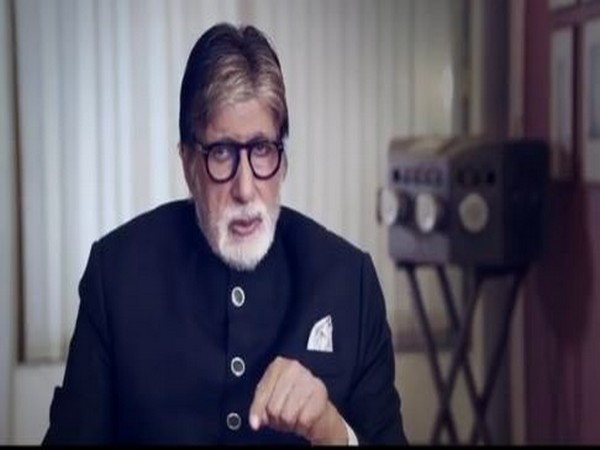 New Delhi [India], May 20 (ANI): Megastar Amitabh Bachchan on Wednesday congratulated the Government of India and Prime Minister Narendra Modi for the success of Ayushman Bharat scheme as the number of beneficiaries under the scheme touched one crore mark.

He took to Twitter and shared one of the Prime Minister Narendra Modi's tweets through which he announced the success of the scheme.
"Many congratulations to Ayushman Bharat for achieving this milestone .. @PMOIndia @drharshvardhan @AyushmanNHA @ibhushan #1CroreAyushman," Bachchan wrote.
Earlier in the day, Modi had taken to Twitter to make an announcement about the achievement.
"It would make every Indian proud that the number of Ayushman Bharat beneficiaries has crossed 1 crore. In less than two years, this initiative has had a positive impact on so many lives. I congratulate all the beneficiaries and their families. I also pray for their good health," Modi tweeted. 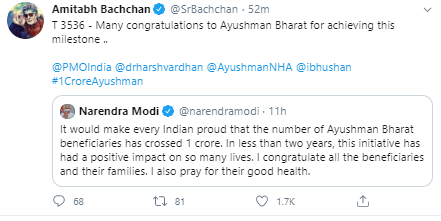 Ayushman Bharat Yojana is the country's flagship public health insurance scheme, which aims to provide free health coverage at the secondary and tertiary level to its bottom 40 per cent poor and vulnerable population. (ANI)
ADVERTISEMENT