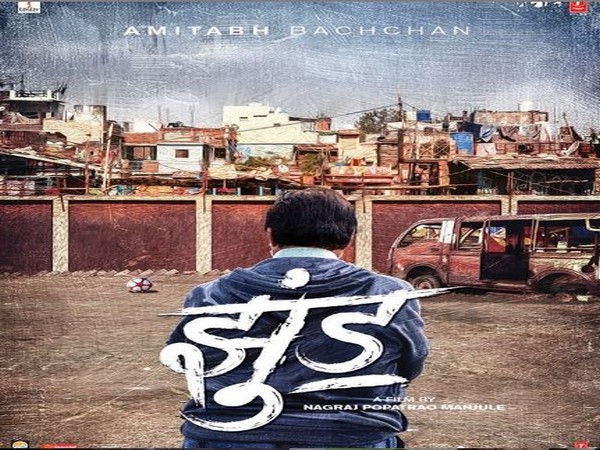 The 77-year-old actor hopped on to Instagram to share the first glimpse of the movie in which he is seen with his back to the camera staring at an abandoned slum-like area. 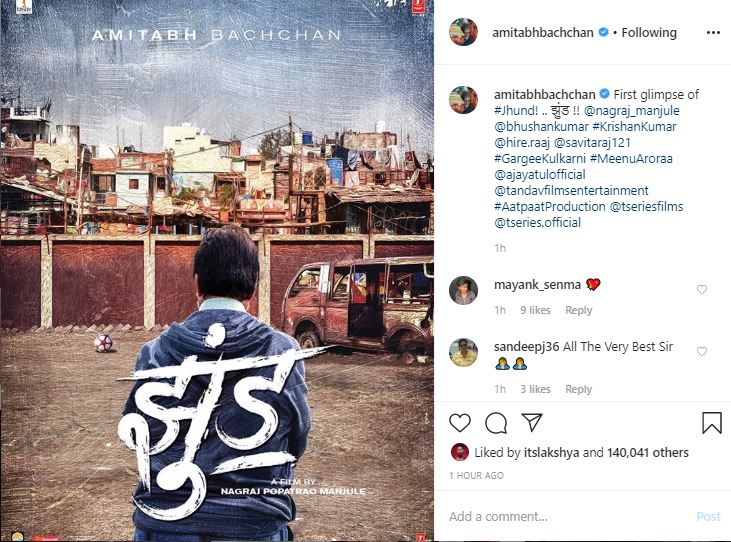 The movie, helmed by Marathi filmmaker Nagraj Manjule, is based on the life of Vijay Barse, the founder of Slum Soccer.
It marks the Bollywood debut of Manjule, who rose to fame with his box-office hit Marathi movie, 'Sairat'.
The movie also marks the first collaboration between Big B and Manjule. Bachchan began shooting for the film in December 2018.
The flick is co-produced by Nagraj, Bhushan Kumar, Krishan Kumar, Raaj Hiremath and Savita Raj Hiremath.
Bachchan will next be seen in Ayan Mukerji's 'Brahmastra' along with Ranbir Kapoor and Alia Bhatt. (ANI)
ADVERTISEMENT