Angelina Jolie offers quarantine tip says people should 'check in', 'love each other' amid COVID-19 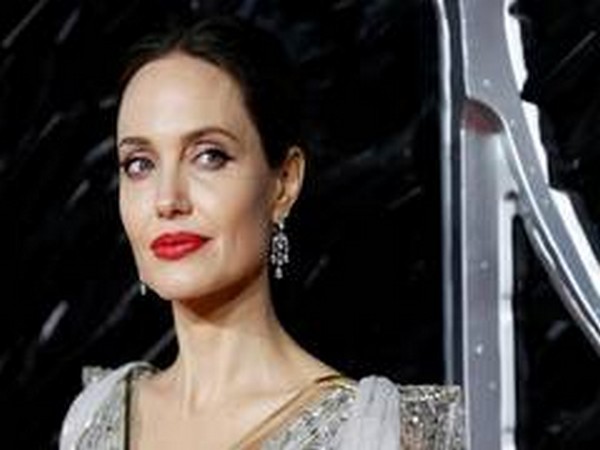 Washington D.C. [USA], April 15 (ANI): American actor Angelina Jolie has offered a tip for those in quarantine during the COVID-19 pandemic.
According to Fox News, the 44-year-old actor spoke with California Surgeon General Dr Nadine Burke Harris for Time magazine and discussed the current situation.

Harris pointed out that people should be reaching out to one another amid self-isolation, a statement that Jolie agreed and said, "I think it is so important that people hear that. To love each other, check-in with each other. Be there, be a support group, keep your eyes open whether you are a teacher or a friend."
The 'Maleficent' star said that it's important for people to reach out in times like these in which the behind-the-scenes details of someone's life aren't as easy to spot.
Jolie said, "I really do hope people hear this, and they do reach out, and they do pay more attention, and they are not sitting in a moment when they think, 'Well maybe, but it's not my business, Because those kids aren't going to school right now, and teachers can't see the bruises and people aren't identifying what is happening within some homes."
Burke Harris then stated that "All of the research shows that the single most powerful antidote to the impacts of trauma and adversity is nurturing, caring relationships with others -- safe, stable and nurturing relationships."
Burke said in reference to the victims of domestic abuse, "All you have to do is be there for a person. All you have to do is believe them when a victim comes forward."
"You don't have to fix it, you don't have to solve it. You don't have to worry about not being enough. You just have to be willing to be there and listen and to be that shoulder and those open arms," the surgeon general continued.
The video chat between Burke Harris and Jolie was accompanied by an op-ed written by the actor in which she shared that while children seem to be less susceptible to the virus, they are especially vulnerable to so many of the secondary impacts it brings.
The 'Mr & Mrs Smith' star wrote, "Isolating a victim from family and friends is a well-known tactic of control by abusers, meaning that the social distancing that is necessary to stop COVID-19 is one that will inadvertently fuel a direct rise in trauma and suffering for vulnerable children".
The 'Salt' actor noted that children have also lost the ability to connect with those that they trust in their lives like teachers and friends, as well as the ability to participate in sports and other activities that provide relief and escape from abusive situations. She wrote, "For many students, schools are a lifeline of opportunity as well as a shield, offering protection - or at least a temporary reprieve- from violence, exploitation and other difficult circumstances, including sexual exploitation, forced marriage and child labour."
The star, in recent weeks, has donated 1 million USD to No Kid Hungry, an organisation with the goal of feeding the children of low-income families. (ANI)
ADVERTISEMENT