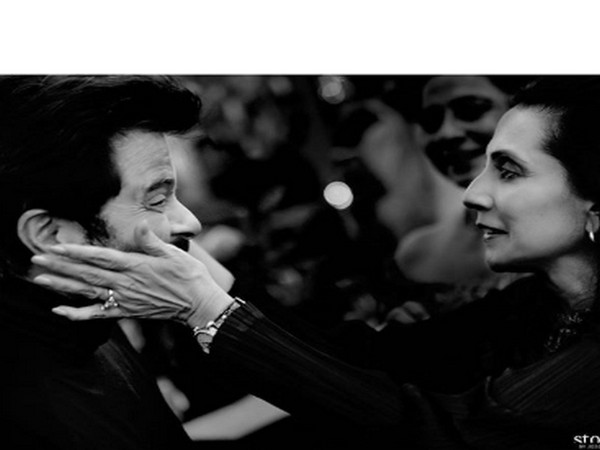 New Delhi [India], May 19 (ANI): The ever young star Anil Kapoor shared his wedding story with his fans as he celebrated his wedding anniversary with wife Sunita Kapoor on Tuesday.

The 63-year-old actor took to Instagram to post pictures with Sunita Kapoor and penned down a long caption.
Kapoor also posted two pictures from his wedding function to mark the day.
He began narrating his marriage story by sharing about how his proposal to Sunita Kapoor.
"How 19th May became the best day of our lives![?] I proposed to my girlfriend Sunita and asked her to be my wife... our wedding had been delayed a lot because I wanted to be sure that I could take care of her in the way she deserved and give her everything she could ever dream of...in the very least, I needed to be able to afford to buy a house and hire a cook!! I just wanted to be worthy of her," he wrote in the caption.
"We got married on 19th May, against all odds....I still remember when I entered her house on our wedding day and saw my bride, she was smiling and I had tears in my eyes... Tears of happiness, but also nervousness... I mean it was my wedding day," he added.
The 'Mr India' actor went on to talk about his wedding planning and its execution.
"Our wedding was planned and executed within a day, and yes we may not have had a big wedding or even a honeymoon, which she still teases me about, but it was still the best thing that ever happened to me....it was now or never for us and I'm so glad we took the leap that day and started our lives together," the 63-year-old actor wrote. 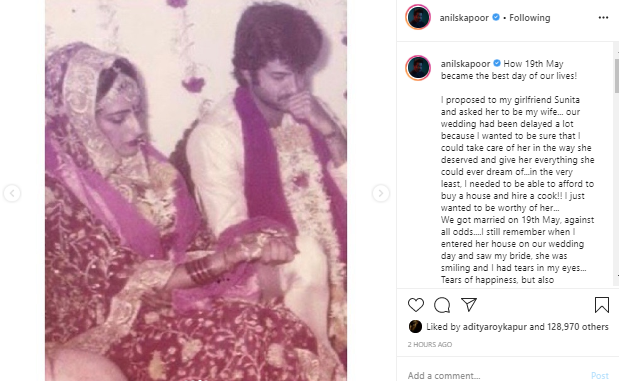 "Many people prophesied that marrying so early would be disastrous for my career, but all I knew was that I did not want to waste another day without her and wanted her by my side through it all... for us it was never career or love.. it was always love AND career," he added.
Kapoor ended the post by extended anniversary greetings to his other half.
"I won't say in the end we lived happily ever after...because it is not even close to the end of our love story... we still have a lot of love to share together, forever.... [?]
Happy Anniversary to the love of my life, my wife Sunita...@kapoor.sunita," he wrote.
Anil Kapoor and Sunita Kapoor tied the knot on May 19 in 1984.
The couple later in their life welcomed three children Sonam Kapoor Ahuja, Harshvardhan Kapoor, and Rhea Kapoor. (ANI)
ADVERTISEMENT