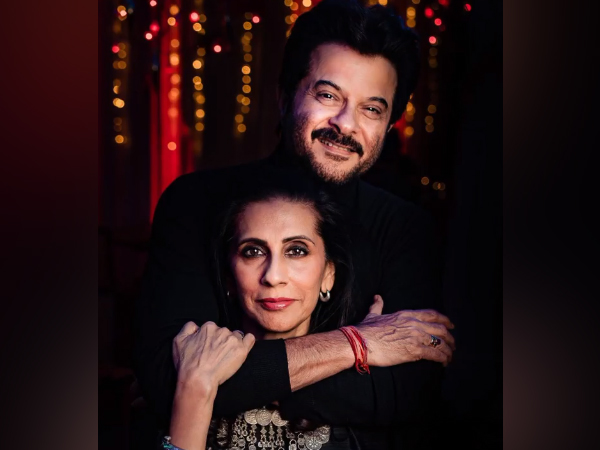 The 'Mr India' actor shared details about his proposal through an Instagram post which featured a picture of him with his wife.
"This is the beginning of a long love story... On the night of 17th May, I signed an important film which was a big step in my career, and on 18th May I took an even bigger step... I proposed to my girlfriend Sunita and asked her to be my wife," he wrote in the caption.
"People celebrate anniversaries, we celebrate the proposals as well! And we never let ourselves forget how fortunate we are to have so much to be grateful for," his caption further read. 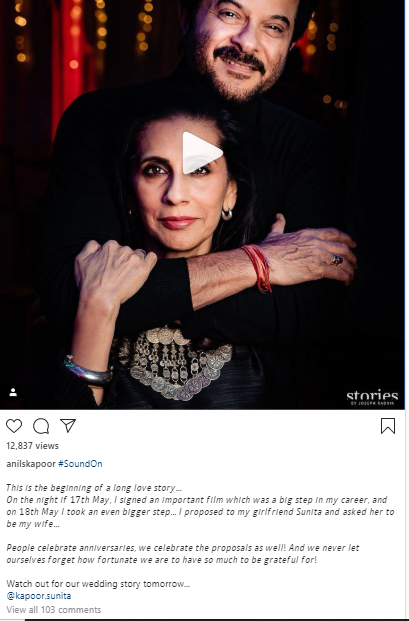 A detailed version of the wedding story of the celebrity couple will be released on Tuesday.
Anil Kapoor and Sunita Kapoor tied the knot on May 19 in 1984.
The couple later in their life welcomed three children Sonam Kapoor Ahuja, Harshvardhan Kapoor, and Rhea Kapoor. (ANI)
ADVERTISEMENT