Anil Kapoor sweats it out after anniversary binge eating 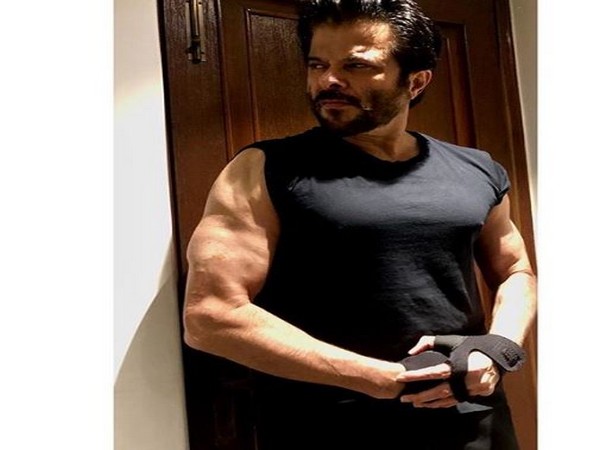 New Delhi [India], May 21 (ANI): In an attempt to burn down the extra fat that he gained eating all his wedding anniversary cakes, the ever young actor Anil Kapoor on Thursday was seen sweating it out at his home gym.

The 'Nayak' actor took to Twitter to post a video of himself where he is seen working out.
"I enjoyed committing the crime - eating all the anniversary cakes ... now I must do the time and burn off those calories!" he wrote along with the video.
The 'Mr India' actor celebrated his wedding anniversary with his wife Sunita Kapoor on Tuesday. 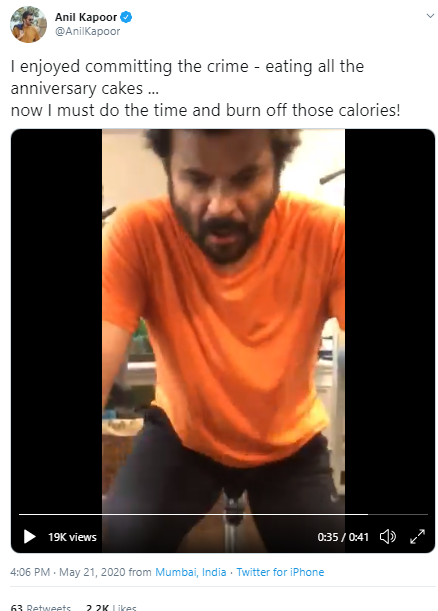 The 63-year-old actor who makes heads turn with his personality and well-built physique is one of the many Bollywood celebrities who are highly committed to their fitness schedules.
Kapoor keeps motivating others to stay fit by posting his workout pictures, videos, and motivational quotes on social media. (ANI)
ADVERTISEMENT