Anil Kapoor thanks fans for anniversary wishes, reveals how May 19 became best day of their lives 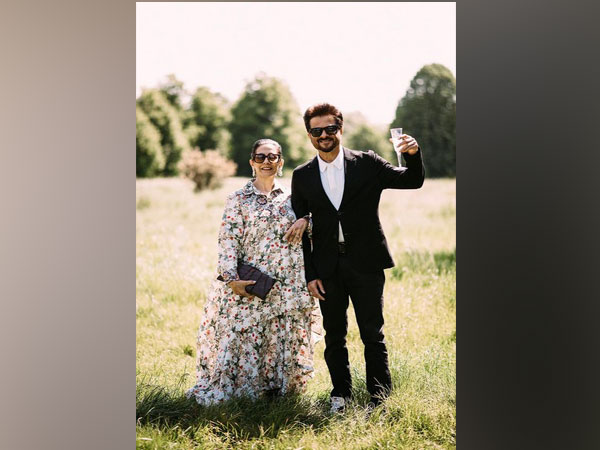 New Delhi [India], May 20 (ANI): The ever-young star Anil Kapoor on Wednesday reciprocated the love and wishes he received from fans on the special ocassion and thanked them for making it 'even more memorable and special.'

The 63-year-old actor put out on Twitter, an exotic picture along with his beloved wife Sunita Kapoor. In the picture, the 'Dil Dhadakne Do' star is seen sporting a black suit with a contrasting white, holding a glass filled with champagne as they raise it for a toast. His wife is seen posing along with the actor while putting her arms in arms with her husband. 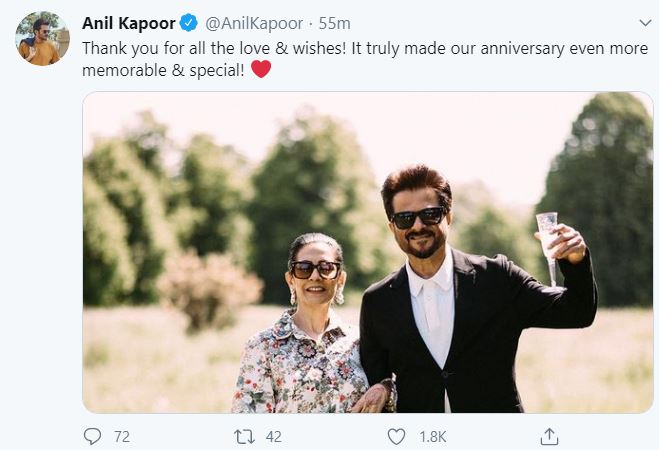 Along with the post accompanying the picture, he wrote, "Thank you for all the love & wishes! It truly made our anniversary even more memorable & special!"
On the occasion of his wedding anniversary, the 'Slumdog Millionaire' star shared his wedding story with his fans and penned down a long caption.
Kapoor posted two pictures from his wedding function to mark the day.
He began narrating his marriage story by sharing about how his proposal to Sunita Kapoor.
"How 19th May became the best day of our lives! I proposed to my girlfriend Sunita and asked her to be my wife... our wedding had been delayed a lot because I wanted to be sure that I could take care of her in the way she deserved and give her everything she could ever dream of...in the very least, I needed to be able to afford to buy a house and hire a cook!! I just wanted to be worthy of her," he wrote in the caption.
Anil Kapoor and Sunita Kapoor tied the knot on May 19 in 1984.
The couple later in their life welcomed three children Sonam Kapoor Ahuja, Harshvardhan Kapoor, and Rhea Kapoor. (ANI)
ADVERTISEMENT