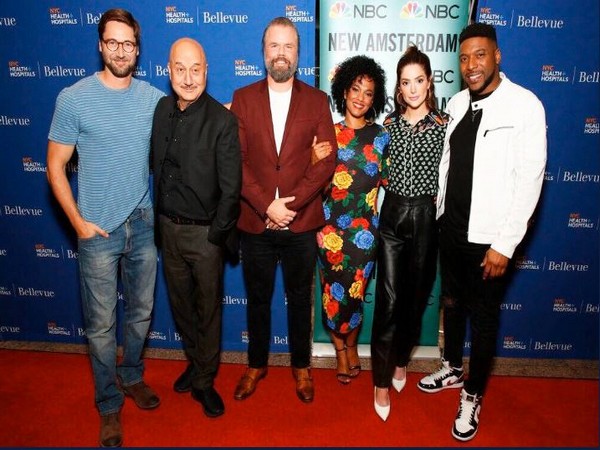 New Delhi (India), Sept 26 (ANI): Bollywood veteran Anupam Kher on Thursday announced that he along with other cast have started filming for season 2 of his television series 'New Amsterdam'.

The first episode of the second season of the series which also stars American actor Ryan Eggold has already been released.
The actor took to Twitter to congratulate the cast and the crew of 'New Amsterdam' for the success of the first episode.
"At the risk of being called pompous, I will still want to refer to this group of wonderful actors as #SensationalSix. Congratulations to all of us and the entire team behind @NBCNewAmsterdam for a great start of #Season2. #Episode1 ratings ROCKED. Jai Ho," he wrote alongside a group photo of the cast. 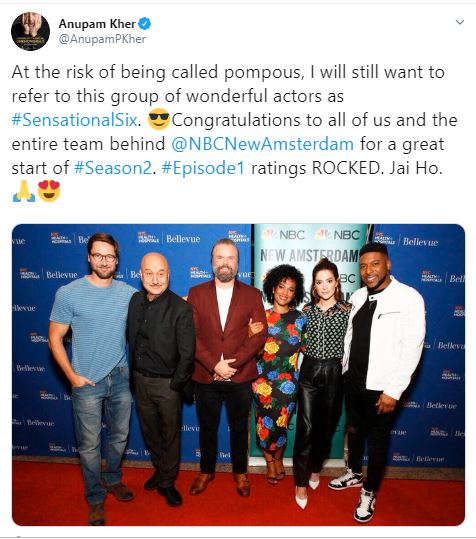 Other than Kher and Eggold, the TV series also stars Freema Agyeman, Janet Montgomery, Tyler Labine, Jocko Sims, Lisa O'Hare and George Wyner.
The series revolves around Dr. Max Goodwin, played by Ryan Eggold, who becomes the medical director of an old public hospital and pushes for life-affirming changes and reforms in the neglected facility to provide exceptional care to patients.
Developed by David Schulner, 'New Amsterdam' is based on the book 'Twelve Patients: Life and Death at Bellevue Hospital', by Eric Manheimer. (ANI)
ADVERTISEMENT