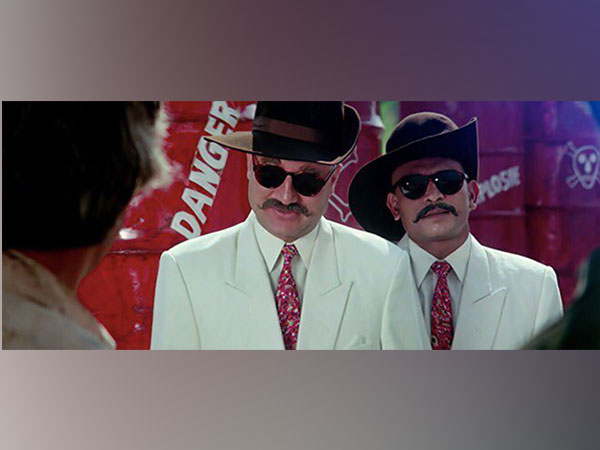 New Delhi [India], January 23 (ANI): As his superhit film 'Hum' clocked in 30 years on Saturday, veteran actor Anupam Kher shared a few stills, reminiscing working with the cast and crew of the movie.

The 65-year-old actor shared the pictures on his Twitter handle and termed 'Hum' as one of his "most favourite" movies.
"#HUM will always remain one of my most favourite movies. Late #MukulAnand as the director was spectacular," he wrote.
"And dear friend #RomeshSharma was a very magnanimous producer. Cast and crew were first rate. I had a very joyous time with my partner @annukapoor_#30YearsOfHUM," he added. 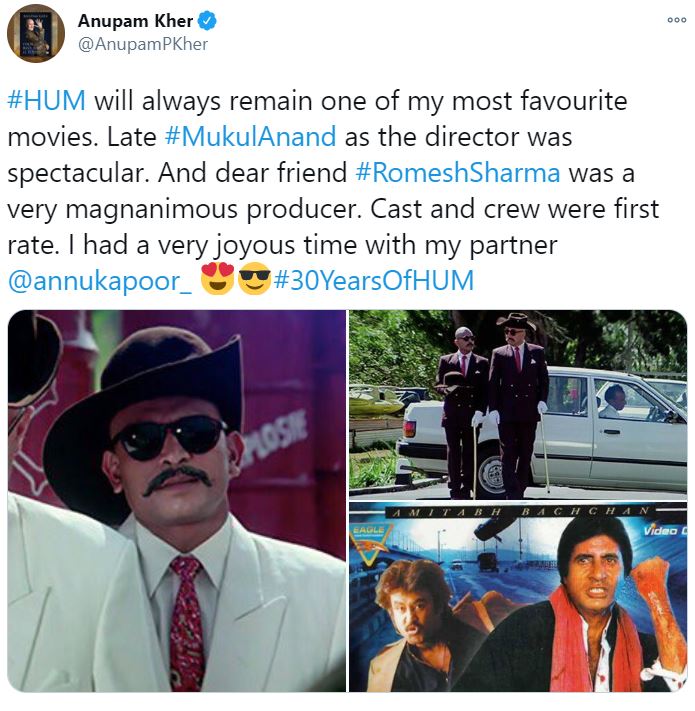 Directed by Mukul S Anand, 'Hum' is an action-thriller that released in 1991. Besides, Anupam, the film also features megastars Amitabh Bachchan, Rajinikanth, Govinda, among others.
Meanwhile, on the work front, Anupam, who last appeared in the biographical film 'The Accidental Prime Minister', has several projects in the pipeline including 'The Last Show', 'Mungilal Rocks', and 'The Kashmir Files'. (ANI)
ADVERTISEMENT