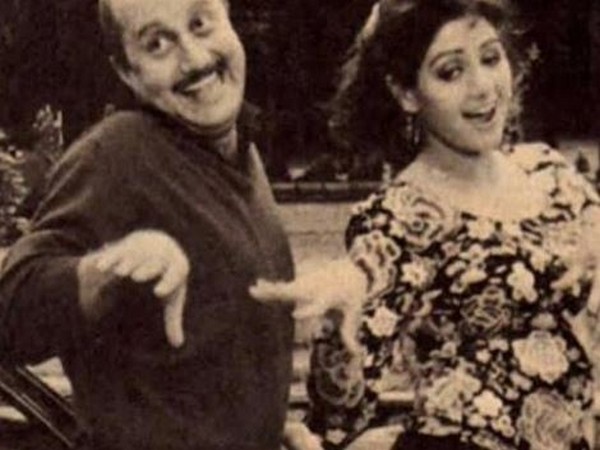 The 'Special 26' actor shared a series of BTS pictures to Instagram as he celebrated the twenty years landmark of the movie release. The actor shared memories in the form of pictures from the Yash Raj directorial that also featured veteran actor Anil Kapoor opposite late actress Sridevi.
The first snap captured a humorous moment between Anil Kapoor, Sridevi and Anupam Kher. The second one is a comedy scene from the movie in which the 'Aiyaary' actor is in a black and white blazer pantsuit with a black umbrella along with Sridevi. The third snap showed Kher dancing with Sridevi in a waggish manner. On the other hand, the last picture is also from a comic still from the movie showing the veteran actor giving advice to Sridevi while she is seen giving a quirky look.
The actor captioned the post as, "Apart from the cult status our film #Lamhe has acquired in the last 29years, the experience of shooting for the film will always remain one of my most treasured memories!! Especially the medley song with #YashJi @anilskapoor #WahidaRehman ji, Choreographer #SarojKhan Ji and the ultimate #Sridevi. We had the most amazing time filming it. You can watch the medley on again and again. ##29yearsOfLamhe ##Romance #Friendship #Love."

Produced by T. Subbarami Reddy and Yash Chopra under his banner Yash Raj Films, 'Lamhe' features Anil Kapoor as Virendra Pratap Singh ( Viren / Kunwarji), Sridevi as Pallavi & Pooja Bhatnagar; in a double-role (both as mother and daughter). Viren, who falls for Pallavi, but she marries Siddharth(Deepak Malhotra). Both of them die, leaving behind their daughter, who grows up to look just like her mother and falls in love with Viren. The evergreen song 'Chudiya khanak gayi' (Bangles tinkled), featuring Sridevi is also a part of this movie.
The film also featured Anupam Kher as Prem Anand and Waheeda Rehman as Daijaan. (ANI)
ADVERTISEMENT