Anushka Sharma, Anupam Kher, others extend prayers to those affected by cyclone Amphan 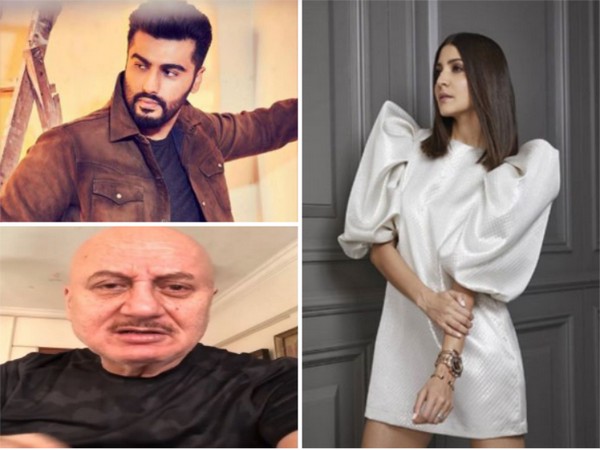 New Delhi [India], May 21 (ANI): Actors Anushka Sharma, Anupam Kher, Arjun Kapoor, and Dia Mirza are the latest names to join the growing list of celebrities to extend prayers to those affected by cyclone Amphan in Odisha and West Bengal.

The stars expressed their concern over the situation on Thursday and prayed for people's safety and minimum destruction.
Actor Anushka Sharma tweeted how "heartbreaking" it is to see the damage caused by the cyclone.
"My prayers are with everyone affected in Odisha and West Bengal! Heartfelt condolences to all the families of the victim," the 32-year-old actor wrote.
Expressing his sorrow for the people who have lost their lives and belongings, veteran actor Anupam Kher wrote: "The devastation #AmphanCyclon has caused in Odisha and mainly in Bengal is both frightening & very saddening."
Towards the end of the tweet he also mentioned his wish -- for the year 2020 to get over soon, so that one could go out and pay their apologies to mother nature.
Meanwhile actor Arjun Kapoor took to Twitter to talk about his concern over the deadly cyclone.
"What happened in West Bengal and Odisha is extremely saddening and the damage done by the cyclone is devastating! My thoughts and prayers are with everyone who has been affected and the family members of the victims of #CycloneAmphan," the 'Panipat' actor.
The latest name to join the list is Dia Mirza who also went online to address the issue.
"Disturbing visuals of the devastation caused by #CycloneAmphan. May this compel our humanity to come together and help build back lives. Our thoughts and prayers with all in West Bengal and Assam. Let's unite in solidarity and support," the 38-year-old actor tweeted.
Earlier, Bollywood directors Shoojit Sircar and Karan Johar had taken to the micro-blogging site to express their concern over the cyclone.
Giving more insights about the situation, Sircar further noted that: "Bengal will need a lot of support to get out of this devastation. Uprooted trees and toppled homes of poor... It may take years to get to normal in some areas."
Cyclone Amphan made landfall in coastal regions of Odisha and West Bengal on May 20. Balasore district received heavy rainfall and strong winds due to the cyclone yesterday.
Amphan has now moved north-northeastwards with a speed of 27 kilometers per hour during the past six hours, and further weakened into a "cyclonic storm" and lay centred on Thursday over Bangladesh, the India Meteorological Department said in its bulletin.
More than 5 lakh people have been evacuated in West Bengal and 1,58,640 people in Odisha in view of Cyclone Amhpan, said SN Pradhan, chief of National Disaster Response Force. (ANI)
ADVERTISEMENT