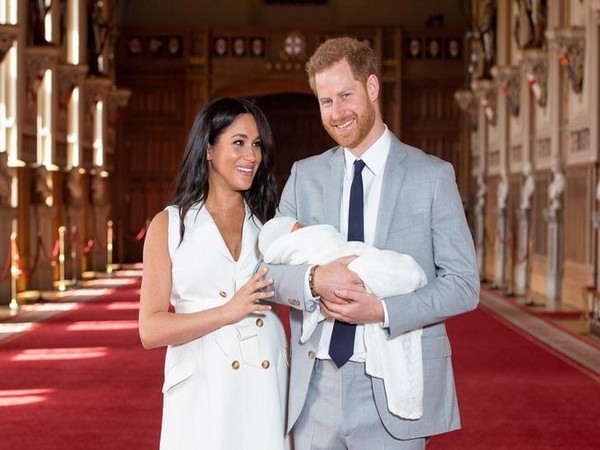 Washington D.C. [USA], Sept 7 (ANI): Meghan Markle and Prince Harry are heading overseas but this time as a family of three! The couple announced a 10-day trip to Africa with their son Archie.

Representatives for the British royal family said that the Duke of Sussex will get to see the legacy of his late mother's humanitarian work in Angola during a fall trip to southern Africa, reported Fox News.
Buckingham Palace also released details of the trip Harry is taking with Meghan and their son, who was born in May.
"The Duke is especially proud to continue the legacy left by his mother with her work in Angola as he joins Halo Trust again in an effort to rid the world of landmines," the statement said.
According to the itinerary, Meghan and Archie will be staying in South Africa between September 23 and October 2. The Duke also plans to go to Angola, Malawi, and Botswana.
Harry's private secretary, Sam Cohen, said that while in Angola the royal will see land mine clearing work that has continued long after Princess Diana brought worldwide attention to the problem. She passed away in 1997.
Meghan will visit South African organisations promoting women's education, health, entrepreneurship, and leadership.
It's significant to the royal couple that one-month-old Archie's first trip will be to Africa. The former 'Suits' actor and Harry got to know each other in Botswana on their third date, as the Duke revealed in the couple's first post-engagement interview.
"We camped out with each other under the stars. She came and joined me for five days out there, which was absolutely fantastic. So, then we were really by ourselves, which was crucial to me to make sure that we had a chance to get to know each other," Harry said at that time.
In addition, the pair also visited Victoria Falls in Zambia for Meghan's 35th birthday in August 2017.
Meghan's engagement ring, which she recently got upgraded with adding more diamonds, also features a centre stone from Botswana.
The upcoming trip will be the couple's second royal tour. Their first tour took place in October 2018 during which they visited Australia, Fiji, the Kingdom of Tonga and New Zealand. (ANI)
ADVERTISEMENT