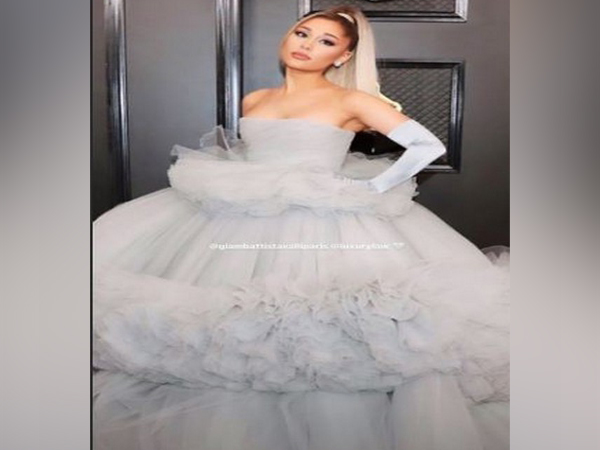 The '7-rings' singer donned a three-tiered blue-grey ballgown, sporting her signature high ponytail.
"The moment [Ariana] tried this on, she burst into tears and she was like, 'well, this is the dress then,'" E online quoted Grande's stylist Law Roach as saying.
The 26-year-old singer has received two Grammy nods this year for her album ''Thank U, Next' and single '7-rings'. (ANI)
ADVERTISEMENT