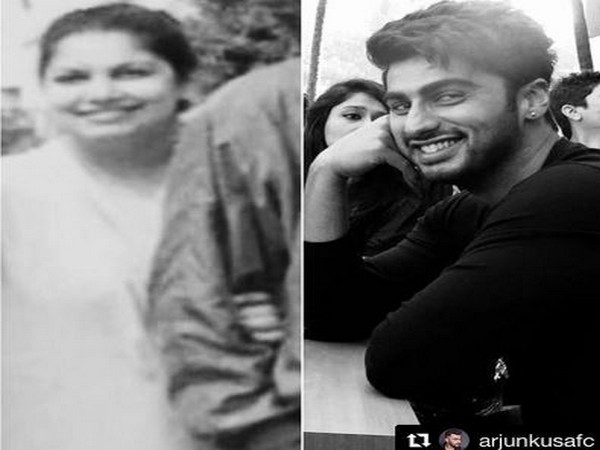 New Delhi [India], Jan 20 (ANI): Arjun Kapoor on Monday took a walk down the memory lane by sharing an adorable collage of his picture and his late mom Mona Kapoor's photo. The picture shows an uncanny resemblance between the two.

The 34-year-old actor hopped on to Instagram as he shared his mom's monochrome picture along with a caption that reads, "Same 2 Same " (along with a heart emoji). 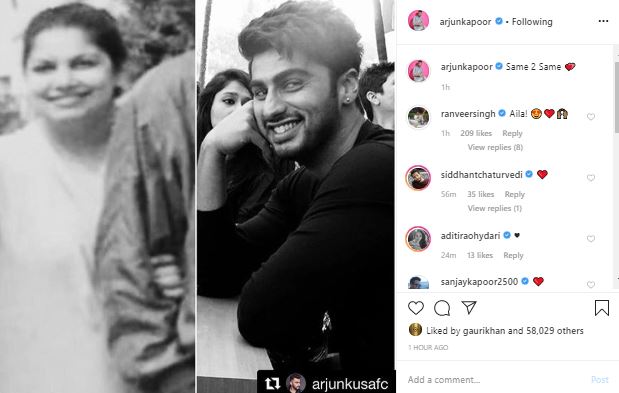 In the picture, Arjun's mom Mona Shorey Kapoor is seen smiling while Arjun has cropped his picture sporting a smile on his face. The mother-son duo's picture surely has an uncanny resemblance due to which the 'Panipat' star couldn't stop but post the picture on social media.
His 'Gunday' co-actor and friend Ranveer Singh also commented on the picture as he commented "Aila," along with emoticons to express his happiness over the photo.
Siddhant Chaturvedi, his uncle Sanjay Kapoor also liked and commented on the throwback picture.
Arjun Kapoor, who was last seen in biographical drama 'Panipat' alongside an ensemble star cast including Kriti Sanon and Sanjay Dutt, will next be seen in 'Sandeep Aur Pinky Faraar' romancing Parineeti Chopra. The two have earlier shared the screen space in blockbuster hit 'Ishaqzaade'. The movie 'Sandeep Aur Pinky Faraar' is a romantic comedy written and directed by Dibakar Banerjee. (ANI)
ADVERTISEMENT