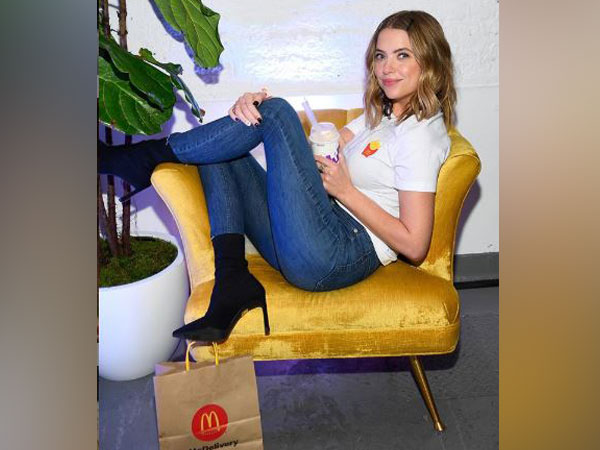 Just a couple weeks ago, the 29-year-old actor was a dirty blonde and now with a sudden hair transformation she is a completely different person
On Sunday, Benson shared a selfie flaunting her new look, captioning the picture and tagging her friend Remington Franklin, "Me and my best @remi.franklin."
Apart from the hair colour, the actor is stealing limelight with her new tattoo in honour of her partner Cara Delevingne.
Earlier this summer, Benson revealed that her tattoo is dedicated to the British model and actor Cara in a picture she posted on social media. In her picture, announcing the launch of her new Prive Revaux X Benzo collection, Benson can be seen with a "CD" tattoo alongside her left breast.
The tattoo unveiling also came after fans began speculating that the two were engaged. Benson and Delevingne have been dating for just over a year. The two officially confirmed their romance in June while celebrating Pride Month, reported E! News. (ANI)
ADVERTISEMENT