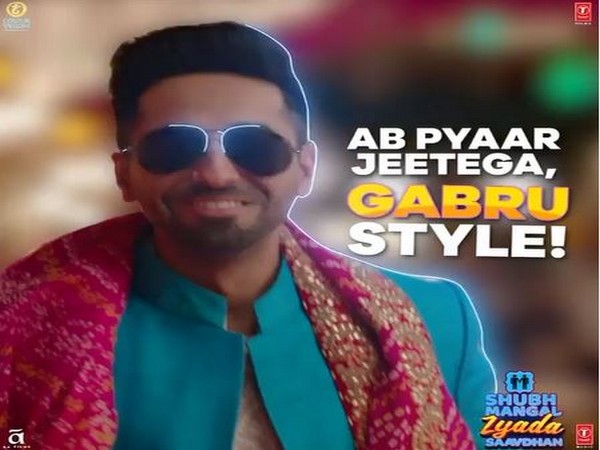 Ayushmann Khurrana hopped on to Instagram and shared a glance of the song and wrote: "Ready to welcome Gabru in style? Stay Tuned!" In continuation of the same, Ayushmann wrote: "Entry dekhte Hi Dil Kho Bethoge! Gabru out Tomorrow, stay tuned!" 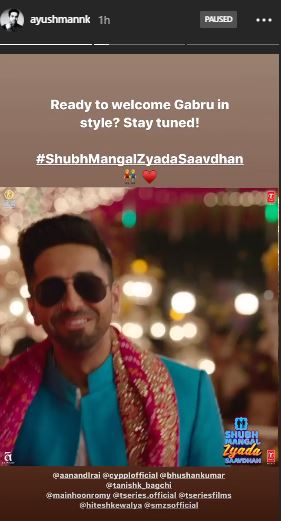 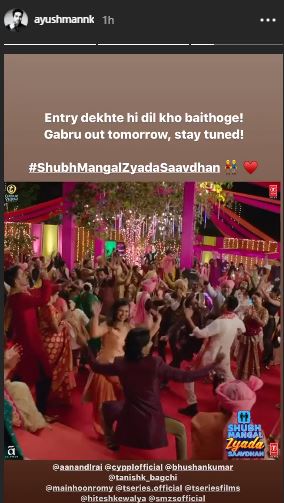 In the video, Khurrana is seen entering the marriage pandal sporting blue kurta along with a red 'bandhani' printed dupatta and glasses. He is seen shaking a leg with Jitendra Kumar, who is playing the love interest of Ayushmann in the comedy-drama.
Neena Gupta, who is essaying the role of Ayushmann's mother in the flick, shared a glance of the song on Instagram and wrote, "Ready to welcome Gabru in style? Stay tuned!"
'Gabru' song is the recreated version of the original Punjabi song by the same name, sung by Honey Singh. The song was released in 2013. The recreated version has been crooned by Tanishk Bagchi, who has added a modern twist to it, for the movie.
'Shubh Mangal Zyada Saavdhan' is a light-hearted comedy that can be seen as a progressive attempt towards the acceptance of same-sex couples, an issue that continues to remain a taboo in India even after a year of its decriminalisation by the Supreme Court.
Featuring Ayushmann Khurana and Jitendra Kumar in the lead roles, this movie also has Neena Gupta, Manurishi Chadda, and Gajraj Rao in pivotal roles.
Helmed by Hitesh Kewalya and produced by Bhushan Kumar, the film is the second instalment of the much-acclaimed 'Shubh Mangal Saavdhan' film, which was released in 2017.
The romantic comedy flick with a powerful message is set to hit the big theatres on February 21. (ANI)
ADVERTISEMENT