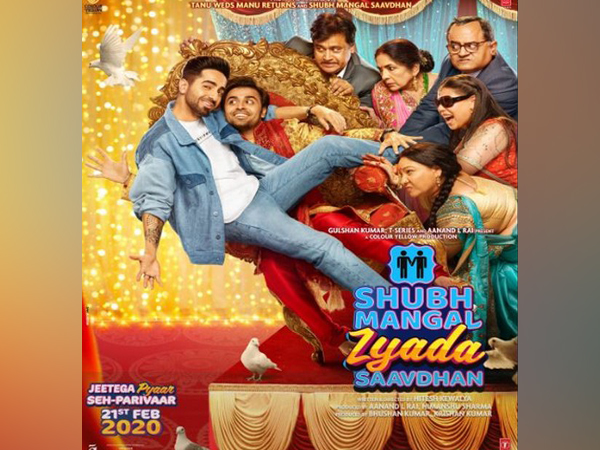 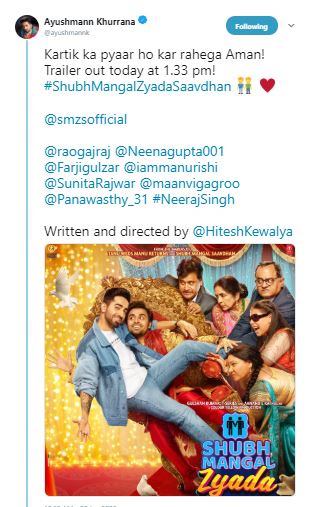 Apart from Ayushmann, the poster features some significant actors from the flick including Neena Gupta, Jitendra Kumar, Gajraj Rao, Manvi Gagroo and others.
The poster of the movie which is based on the concept of homosexuality has Jitendra Kumar dressed like a groom and Ayushmaan sitting on his lap posing for the camera.
Meanwhile, other family members, all in not-so happy-faces, are trying to drag Ayushmaan to their side.
The 35-year-old actor also let his followers know of the trailer release of the movie in the shared poster which is scheduled for Monday at 1:33 pm.
Helmed by Hitesh Kewalya and produced by Bhushan Kumar, the film is the second installment of the much-acclaimed 'Shubh Mangal Saavdhan' film which was released in 2017.
The film that is aimed at delivering a social message by narrating the journey of love for same-sex couples in a light-hearted manner is set to release on February 21. (ANI)
ADVERTISEMENT