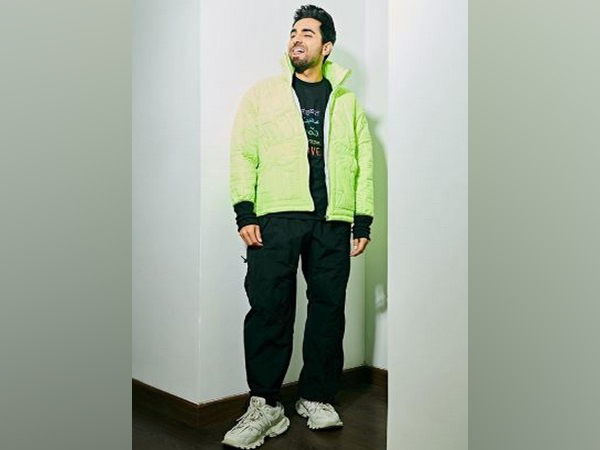 New Delhi [India], Jan 22 (ANI): The trailer of Ayushmann Khurrana's new movie 'Shubh Mangal Zyada Saavdhan' is definitely the new fun of Bollywood that managed to grab many eyeballs. The star on Wednesday extended his thanks to the movie enthusiasts for the love bombarded for the trailer.

The fiery trailer that got dropped on Monday saw a progressive turn towards the concept of same-sex couples.
The 35-year-old actor shared a dashing picture of himself, on Instagram and wrote: "We just teased you with the trailer of #ShubhMangalZyadaSaavdhan Thanks for your love." 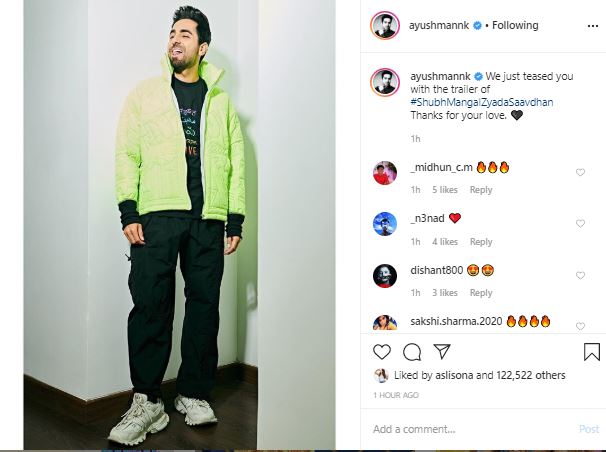 The shared post had a dashing photo of the actor himself, posing for the camera with a wink and a tongue out, and sport in a vibrant neon green bomber jacket.
The makers of the movie have created an immense buzz around the movie already, by sharing posters and trailers, that have Ayushmann playing the love interest of the 'Kota-Factory' fame, Jitendra Kumar.
Helmed by Hitesh Kewalya, the forthcoming movie narrates the story of the central duo and their journey into convincing their parents, the society and themselves to stay together.
Bankrolled by Bhushan Kumar, the new outing is the second instalment of the previously acclaimed 2017 film 'Shubh Mangal Saavdhan'.
Besides the lead duo, the film with a powerful message also features actors Neena Gupta, Gajraj Rao, Manurishi Chaddha and Maanvi Gagroo in significant roles.
The light-hearted comedy flick is set to hit the big screens on February 21. (ANI)
ADVERTISEMENT