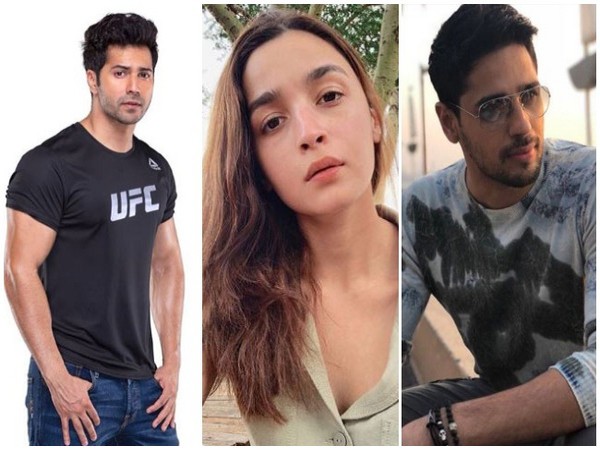 New Delhi (India), Oct 5 (ANI): Scores of celebrities took to social media to express their concern over cutting down trees at Mumbai's Aarey Colony on Saturday.

Authorities began chopping trees after the Bombay High Court dismissed all petitions against the proposed cutting down of over 2,500 trees in Aarey Colony of Mumbai to make way for a Metro car shed and refused to declare the colony as a forest.
Agreeing that the city needs to build infrastructure to support the growing population, actor Alia Bhatt emphasised that the city also needs trees, parks, and greenery.
She took to Twitter and wrote about the need to protect nature.
"There's always been a conflict between development & conservation. Yes, the city needs to build infrastructure to support a growing population. But the city also needs trees & parks & greenery. We need to protect nature like life depends on it. Because it does #LetMumbaiBreathe," Alia tweeted.
[{13fee7a6-87e0-425f-970b-7a43aad6b5bf:intradmin/Alia_5.14.JPG}]
Taking to Twitter, Sidharth Malhotra urged the authority to help save Aarey for future generations and tagged Prime Minister Narendra Modi and Maharashtra Chief Minister Devendra Fadnavis.
"Heard the terrible news about the cutting down of trees in #AareyForest started last night! The ecological imbalance this can cause is beyond control & it must stop. I urge the authorities to help #SaveAarey if not for us, for our future generations. @narendramodi @Dev_Fadnavis," he tweeted.
[{ce429401-280c-4497-a9d1-ae414e784721:intradmin/Sid_5_19.JPG}]
Calling the move heartbreaking actor Varun Dhawan questioned why was it allowed after an outcry to stop it?
"This is heartbreaking news. With such an outcry to stop the cutting of trees why is this being allowed mumbai has done enough for the people in power to realise cutting down aarey is something the citizens don't want," Varun wrote on Twitter.
[{b8e4a705-9d36-47a5-89bf-04a26413cc75:intradmin/Varun_5.19.JPG}]
Swara Bhaskar shared a video in which tress can be seen axed in the Aarey colony. "SHAME! #AareyForest," she captioned the video.
Earlier today, Farhan Akhtar, Shraddha Kapoor, Dia Mirza, Richa Chadha, and Urmila Matondkar also took to social media to voice their concerns on cutting Aarey trees.
Other than B-town celebrities and political leaders scores of locals including environmental activists have been opposing the cutting of trees for the construction of a car shed of the metro station. They are demanding the relocation of the bus depot, which is a part of the Metro III project. (ANI)
ADVERTISEMENT