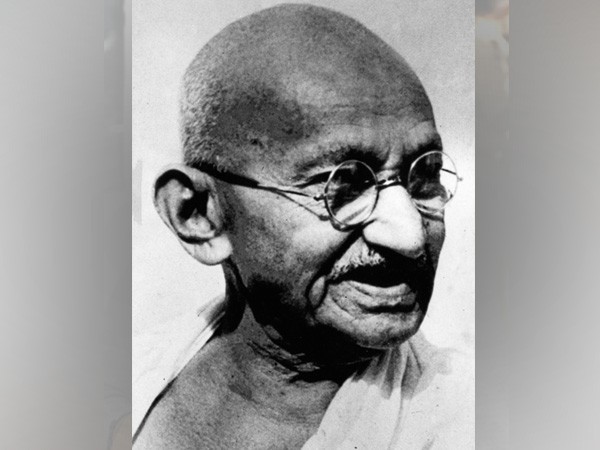 Salman Khan shared a video on his Twitter account and urged his followers to pay attention to the Fit India movement and keep India clean.
"Today, it's Gandhi Jayanti. Celebrate it with fervour and give a lot of attention to the Fit India movement. Also, keep India clean which means, clean India, clean Indian, fit India and fit Indian," said Salman in the video.
Actor-politician Sunny Deol wished fans on the 150th birth anniversary of Mahatma Gandi and on the birth anniversary of former Prime Minister Lal Bahadur Shastri. 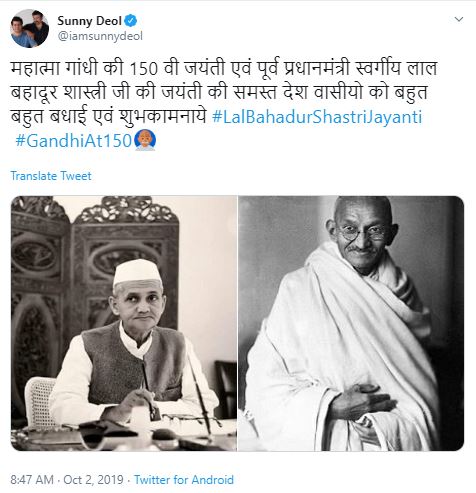 "Let's contribute ourselves to the growth and development of India as a tribute to Mahatma Gandi," wrote filmmaker Madhur Bhandarkar. 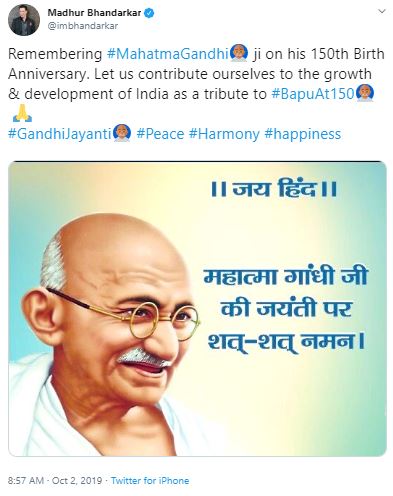 Dia Mirza stressed on the value of non-violence and urged followers to remember "universal love".
"On our Mahatma's #GandhiJayanti let us all remember the value of Ahimsa - Non-violence: against nature, people and communities and the universal law of love that connects us all to each other and to nature. #GandhiAt150," she wrote on Twitter. 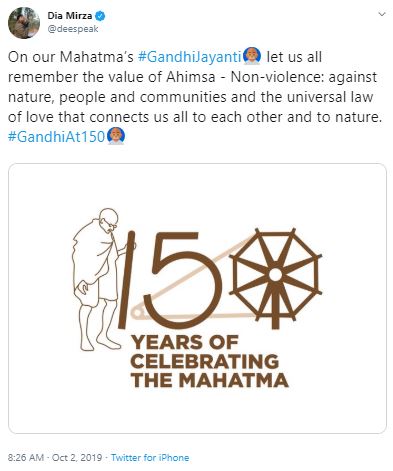 Paying tributes to Mahatma Gandhi, Madhuri Dixit wished for the late leader's teachings to stay with us.
"Paying my humble tribute to Gandhi Ji who moved the world with kindness and compassion. May his teachings stay with us through generations! #GandhiJayanti," she wrote on Twitter. 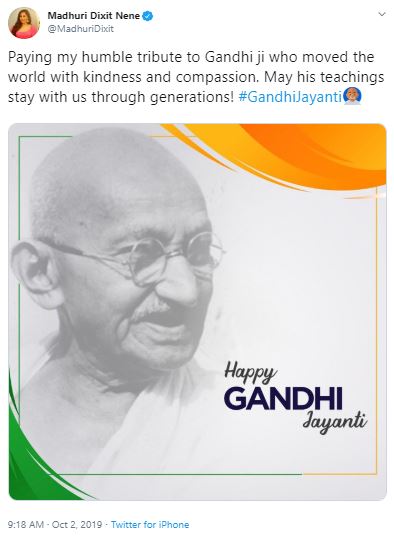