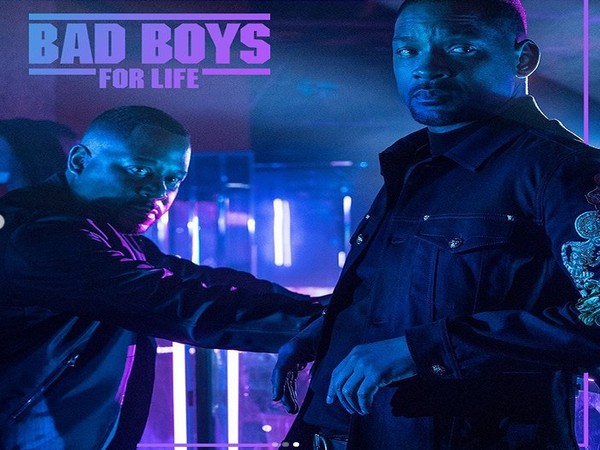 Washington D.C. [USA], Mar 24 (ANI): Sony Pictures has given its hit action-comedy 'Bad Boys for Life' an early digital release on March 31. This move by the entertainment company came amid the nation's movie theatres going dark due to the coronavirus outbreak.

According to Variety, the movie starring Will Smith and Martin Lawrence will debut April 21 on 4K Ultra HD, Blu-ray and DVD.
Most theatrical releases were not available at home until roughly 90 days after they premiered in multiplexes, prior to the health crisis. But given the unprecedented circumstances, Disney, Lionsgate, Sony, Universal, STX Films and Warner Bros. have all announced plans to release films early on VOD, including 'Onward,' 'Birds of Prey,' 'The Hunt' and 'The Invisible Man.'
Earning 204 million USD in North America, 'Bad Boys for Life' is the highest-grossing movie of the year so far.
Sequel to 1995's 'Bad Boys' and 2003's 'Bad Boys 2,' the movie carries a production budget of 90 million USD. It reunites Smith and Lawrence as old-school cops taking down the leader of a Miami drug cartel.
'Bad Boys for Life' hit the theatres in North America on January 17. The March 31 date is 74 days later -- which was the industry's earliest gap for electronic sell-through prior to the current crisis. (ANI)
ADVERTISEMENT