Barack and I couldn't be more proud: Michelle Obama on Tyler Perry's studio 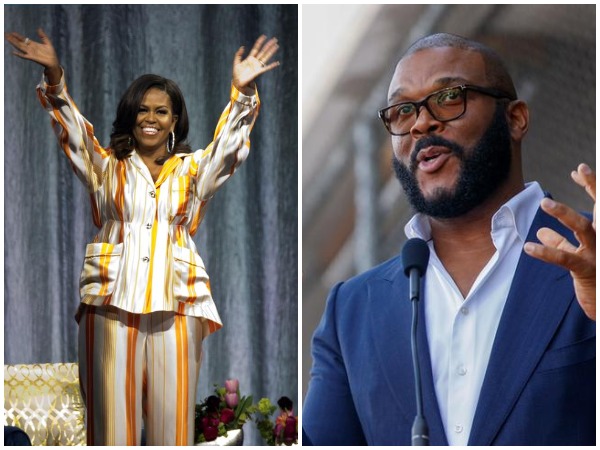 Washington D.C. [USA], Oct 9 (ANI): The former first lady of the US is full of adulation for actor Tyler Perry for opening the "first major film studio" fully owned by an "African American."

The actor opened the doors to his 330 acre studio on Saturday, October 5 in Atlanta which was thronged with a number of celebrities attending the opening gala.
"So much love for Tyler Perry, who just opened the first major film studio lot fully owned by an African American. Barack and I couldn't be more proud of you," Mrs. Obama tweeted on Wednesday.
Calling the 50-year old an "inspiration", she added, "thanks for showing that no matter what, progress keeps marching forward. What an inspiration."
Perry welcomed some of the Hollywood A-listers to usher in the new headquarters for his TV and film studio in Atlanta - including Beyonce, Kelly Rowland, and Michelle Williams, a Destiny's Child reunion.
Oprah Winfrey, Ava DuVernay, Bill Clinton, Hillary Clinton, Will Smith, Halle Berry, Spike Lee, Whoopi Goldberg, and Viola Davis also were on hand to ring in the affair.
"For people to drop what they're doing in their very busy schedules to come and join me in this moment is beyond anything I could've imagined. It makes me happy. It makes me want to cry. It makes me grateful. It's just I'm beyond," Perry had told Variety on the opening night red carpet.
Tiffany Haddish who also attended the gala exuded excitement over the "black-owned" studios saying that, "I know the history of this place -- It was a Confederate union military base. Trying to keep us enslaved. Now it's owned by a black man." (ANI)
ADVERTISEMENT