'Being an actress is not easy': Rani Mukerji shares advice to young girls aspiring for Bollywood career 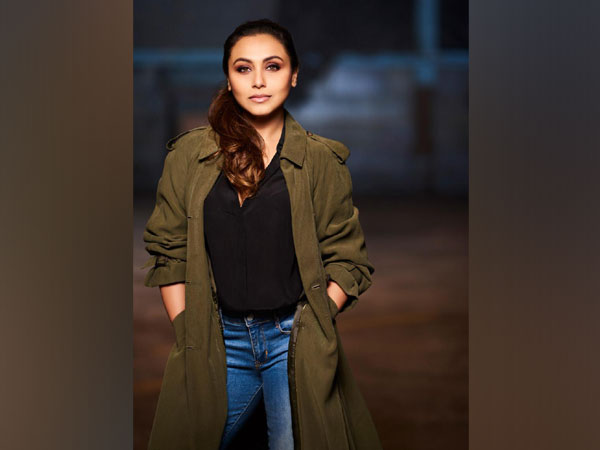 Mumbai (Maharashtra) [India], April 7 (ANI): Bollywood actor Rani Mukerji, who has ruled the silver screen for 25 years now with her breath-taking performances, on Wednesday shared a piece of advice for young girls wanting to become a Bollywood star.

"My only advice would be that being an actress in the film industry is not easy. It's a very, very difficult profession to be in as there are a lot of expectations that the audiences have from you once you become an established star. Also, to be able to work in different conditions is not very easy," said Rani.
The 'Kuch Kuch Hota Hai' star added that behind all the glamour that people see, lies a lot of passion for the craft which an actress has to put in every single day in the film industry.
"Of course, on-screen it all looks very glamorous and very easy and nice. It looks serene and beautiful especially the locations where we shoot sometimes but actually working in the industry is very hard," she explained.
The 43-year-old concluded that the focus after entering the industry should only be work to gain loyal fans for life. "So, if you are ready to work really hard and you really love the craft of acting then you should be there, not for any other reason because success, glamour, name and fame come only when the audiences love you."
The actor will be next seen in 'Bunty Aur Babli 2', co-starring Saif Ali Khan and Siddhant Chaturvedi, the release date of which has been postponed due to COVID-19 cases.
'Bunty Aur Babli 2', produced by Yash Raj Films, was earlier set to release on April 23. The cast of the film also includes debutante Sharvari. 'Bunty Aur Babli 2' is a sequel to the 2005 hit film 'Bunty Aur Babli', which starred Rani alongside Abhishek Bachchan and Amitabh Bachchan. (ANI)
ADVERTISEMENT