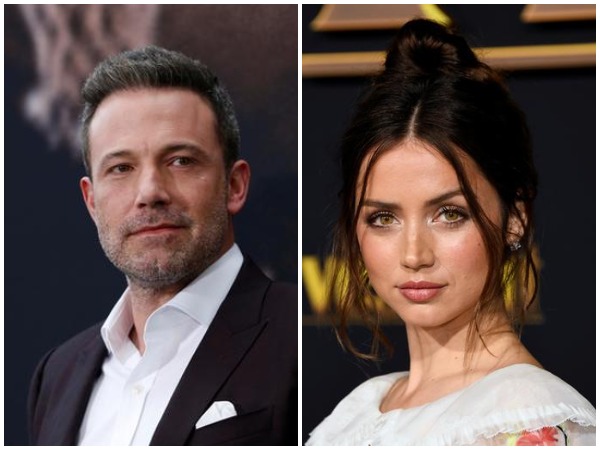 Washington [US], November 23 (ANI): American actor Ben Affleck and his girlfriend Ana de Armas got indulged in some PDA in New Orleans behind the scenes of their latest project.

According to Page Six, the duo was captured pip-locking for the first time in front of paparazzi cameras since August. They have not been seen together since October 15.
The 48-year-old actor and de Armas, smooched behind the scenes while taping reshoots for their erotic thriller 'Deep Water,' according to The Daily Mail.
As reported by Page Six, though de Armas was wearing a sparkler on her ring finger, it could just be a movie prop: she and Affleck play husband and wife in the flick.
The 'Knives Out' star grabbed Affleck's chest while he smoked a cigarette and drank a Diet Coke.
Affleck and de Armas met in November 2019, when 'Deep Water' began shooting. Ben moved de Armas into his mansion in September.
Page Six reported that Ana de Armas' official online fan club @ArmasUpdates, which is famously blocked by the Cuban actor, celebrated the new pics of the couple. (ANI)
ADVERTISEMENT