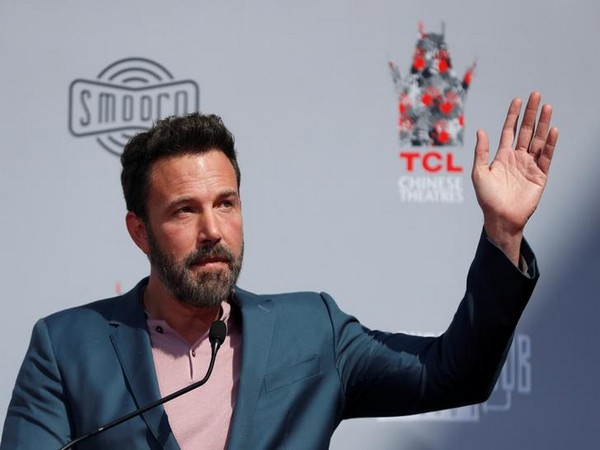 Washington D.C. [USA], Oct 28 (ANI): Actor-director Ben Affleck arrived at his ex Jennifer Garner's home on Sunday night a day after appearing to be publicly inebriated at an event.

Affleck, who was spotted arriving at Garner's house, allegedly owned his mistake.
"You could tell that it wasn't an easy thing for him, but Ben owned his mistake," a source told People.
"He said it happens, that he slipped up but that it won't happen again. It was a smart move because now the story is basically over. He looked tired," the source added.
In video footage obtained by TMZ on Sunday, Affleck said, "It happens. It was a slip. But I'm not going to let it derail me," before entering Garner's home.
A representative for Affleck did not immediately respond to People magazine's request for comment.
A night before, the 47-year-old star was spotted attending the UNICEF Masquerade Ball in West Hollywood.
In the video obtained by TMZ of Saturday night's event, Affleck seemed to have trouble walking while leaving his hotel for the ball. Photos from the night show the star wearing a dark suit and a Halloween skull mask over his face.
"Sobriety is difficult and elusive for everyone struggling with addiction," a friend of Affleck previously told PEOPLE after the footage from the ball was published. "Ben has acknowledged he's going to slip up from time to time. It was never as if this was simply behind him." (ANI)
ADVERTISEMENT