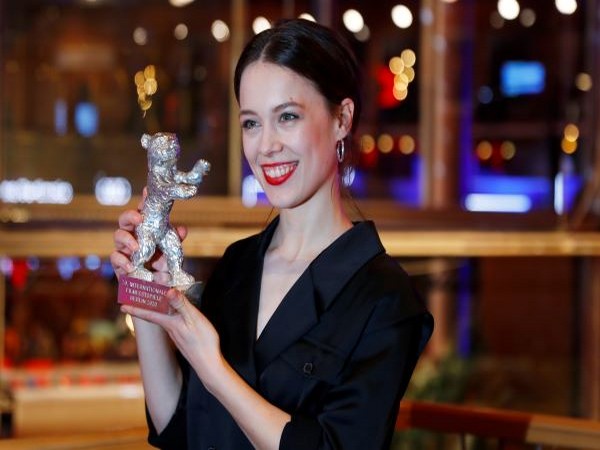 Washington [US], Aug 24 (ANI): The Berlin International Film Festival has decided that its performance awards will be gender-neutral for next year's edition.

According to Variety, the event's management also announced that its 71st edition, running between February 11-21, will be a physical event, although a hybrid model is planned for the European Film Market, which runs between February 11-18 in Berlin.
The festival said Monday (local time) that instead of awards for the best actor and actress, Silver Bears will be awarded for best leading performance and best supporting performance.
"We believe that not separating the awards in the acting field according to gender comprises a signal for a more gender-sensitive awareness in the film industry," festival directors Mariette Rissenbeek and Carlo Chatrian said in a joint statement.
Paula Beer won the best actress for 'Undine,' and the best actor went to Elio Germano for 'Hidden Away,' at this year's festival.
Variety reported that the festival chiefs also revealed that the Silver Bear Alfred Bauer Prize, which was suspended due to revelations about the part played by the first Berlinale director, Alfred Bauer, during the Nazi era, will no longer be awarded. A new award, the Silver Bear Jury Prize, will be introduced.
The international jury will award eight prizes for films in the main competition section: Golden Bear for best film (awarded to the film's producers), Silver Bear Grand Jury Prize, Silver Bear for the director, Silver Bear Jury Prize, Silver Bear for leading performance, Silver Bear for supporting performance, Silver Bear for the screenplay, and Silver Bear for outstanding artistic contribution.
The festival bosses commented on the decision to stage a physical event and said: "Festivals and markets are places of encounter and communication. This applies to the public as well as to the industry. We see an important and unique feature of festivals in their lively relationship with the audience. In times of the corona pandemic, it has become even clearer that we still require analog experience spaces in the cultural realm."
The festival also announced on Monday (local time) that the Generation section will only show feature-length films with a running time of at least 60 minutes, and no short films, in its Generation Kplus and Generation 14plus competition programs.
The Berlin Film Festival also said that the full details on the changes to the festival's structure and programming, including the number of invited films, will be decided "by the festival management within the coming weeks."
The registration for films starts on September 1, when the regulations will be posted on the festival website. (ANI)