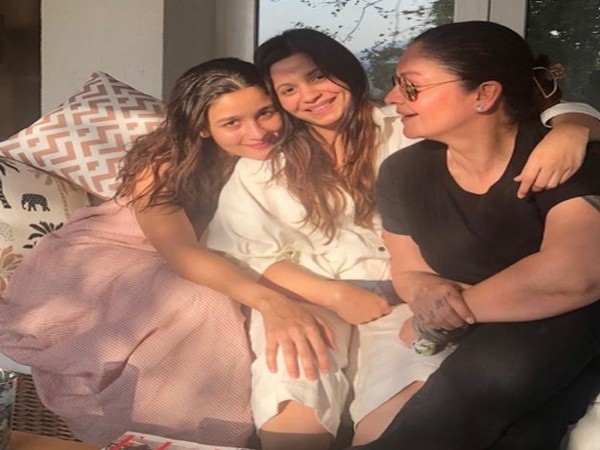 New Delhi [India], Mar 15 (ANI): As the youngest kid of Bhatt family -- Alia Bhatt -- celebrated her 27th birthday, the star sisters were snapped sitting and soaking the sun on Sunday.

The eldest of the squad Pooja Bhatt took to her Instagram to share a picture of the trio of herself, birthday girl Alia and her sister Shaheen Bhatt.
In the picture, the three sisters are seen sitting on a couch and soaking themselves in the sunlight.
"Sugar, spice & sunlight! #sisteract #easyliving," Pooja Bhatt captioned the picture.
The post that came on the birthday of 'Raazi' actor Alia was soon flooded with scores of comments from the fans of the three.
Earlier in the day, several celebrities including Madhuri Dixit Nene, Karisma Kapoor, Katrina Kaif, and others extended their birthday wishes to Alia on social media. (ANI)
ADVERTISEMENT