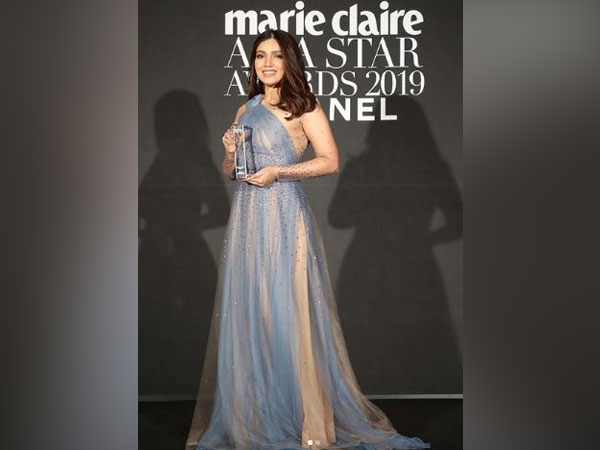 The actor who is in South Korea for the screening of her upcoming film 'Dolly Kitty Aur Woh Chamakte Sitaare' has bagged the Face of Asia award at the Festival.
Celebrations seemed to have doubled for the star as she will be returning home with a new honour. Sharing the happy news on Instagram, the 30-year old also posted a picture of her flaunting her glass trophy in an elegant looking Reem Acra grey and beige gown.
"Thank you for this honour - Face Of Asia Busan International Film Festival and Marie Claire mag. This award has only motivated me to work harder," she wrote alongside the picture.
Thanking the film's writer and director Alankrita Srivastava, co-star Konkona Sensharma and producer Ekta Kapoor, the 'Dum Laga Ke Haisha' debutant added, "Thank you Alankrita for making me your kitty. Dolly Di Konkona and Ekta Kapoor, Ruchikaa Kapoor for making this film happen."
"Busan has been all things special," she concluded. 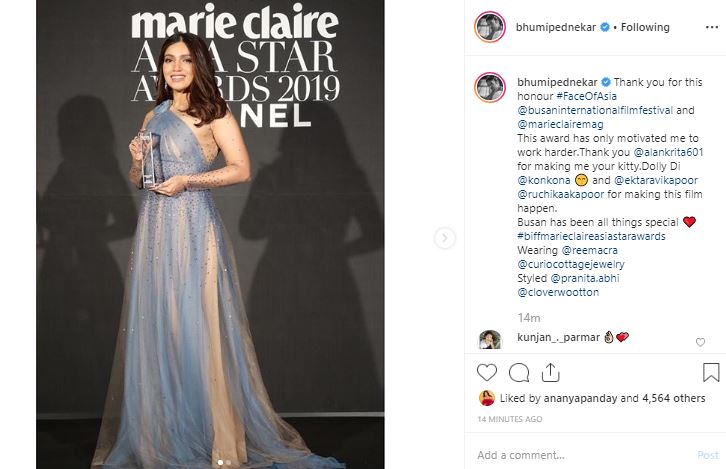 The film was screened at the festival which commenced on Thursday, October 3 and will culminate on October 12.
The upcoming film, which also stars Vikrant Massey and Amol Parashar in pivotal roles, follows the story of two cousins (Bhumi and Konkona).
"It's a phenomenal story of sisterhood and about girls. I get to play this 22-year-old girl who is full of dreams and aspirations and it's our coming of age - Konkona's in her own way and me in my own way. Both Dolly and Kitty are full of ambitions and for me, it's such an entertaining script and film," Bhumi had said earlier in an interview. (ANI)
ADVERTISEMENT