Bhumi Pednekar, Rajkummar Rao to begin shooting for 'Badhaai Do' in January 2021 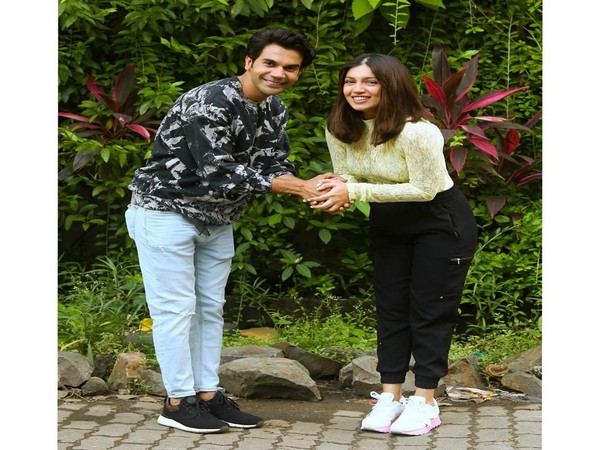 The 'Dum Laga Ke Haisha' actor announced the news on her Twitter where both the actors were seen congratulating each other as they shake hands, like the film title.
"Aye @RajkummarRao time to say #BadhaaiDo, let's meet on the set, January 2021. Bring it on @JungleePictures," tweeted Pednekar.
The makers of 2018 comedy-drama 'Badhai Ho' announced the second part of the franchise titled 'Badhai Do' in March.
'Badhaai Do' is a family comedy that revolves around an unlikely relationship and promises double the fun and emotions. While the story and characters of 'Badhaai Do' are different from that of 'Badhaai Ho', there is a common theme between both films as both are family-oriented films that will be endearing to the audience.
The film will be helmed by Harshavardhan Kulkarni. (ANI)
ADVERTISEMENT