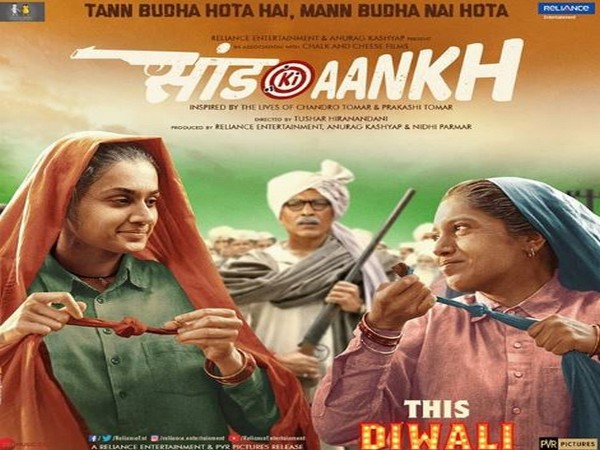 "Thank you so much for your support! We are so touched and humbled by this gesture. This truly means a lot," tweeted the 30-year-old actor on Thursday. 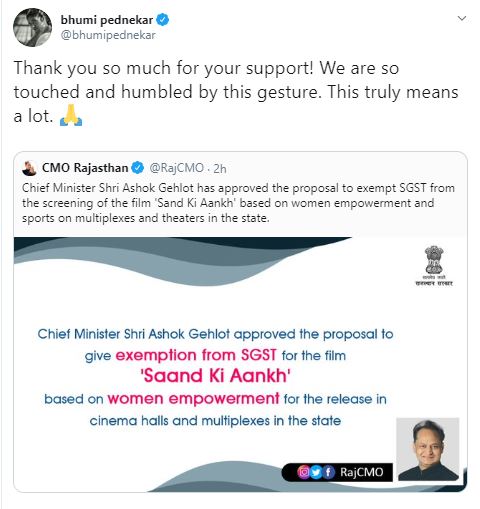 The film, which also stars Taapsee Pannu, is based on the life of two sharpshooters who discovered their love for shooting very late in life but went on to win multiple championships.
Directed by Tushar Hiranandani, the film revolves around -- Chandro and Prakashi -- who take up shooting at the age of 60 to encourage their daughters towards a bright future as they did not want their daughters to go through a lifetime of suppression.
What unfolded was nothing short of miraculous, as they discovered their skill of being exceptional shooters. Despite all odds, they won 352 medals each in the course of their professional life as shooters.
The story had also recently received praise from Vice President M Venkaiah Naidu.
The film, which also stars Prakash Jha, Vineet Kumar, and Shaad Randhawa, has been produced by Anurag Kashyap and Nidhi Parmar and is scheduled to hit theatres this Diwali. (ANI)
ADVERTISEMENT