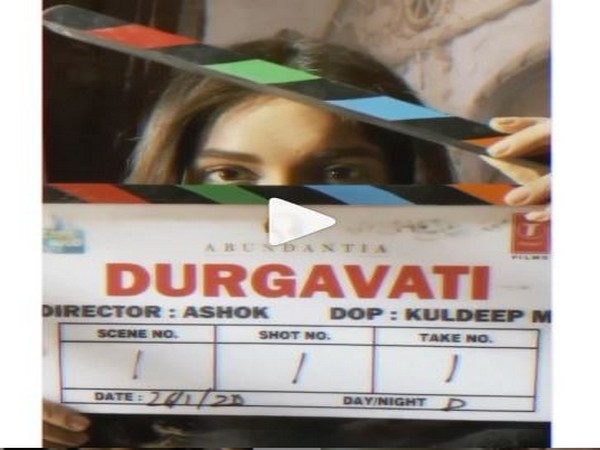 New Delhi [India], Jan 29 (ANI): 'Durgavati', a G. Ashok directorial featuring Bhumi Pednekar has finally gone to the floors. The actor took to her Instagram on Thursday to share moments from the first day's shoot.

Bhumi shared a boomerang where she can be seen clapping for the first take of the first shot of the first scene. In another post, she gave away some glimpses of the location where the shooting has commenced.
Reportedly, the film will follow the storyline of Telugu horror 'Bhaagamathie'.
Bhumi who last starred in 'Pati, Patni Aur Woh' is also busy with her two upcoming releases 'Dolly Kitty Aur Woh Chamakte Sitare' and 'Bhoot - Part One: The Haunted Ship'.
The film produced by Vikram Malhotra and also features Mahie Gill. (ANI)
ADVERTISEMENT