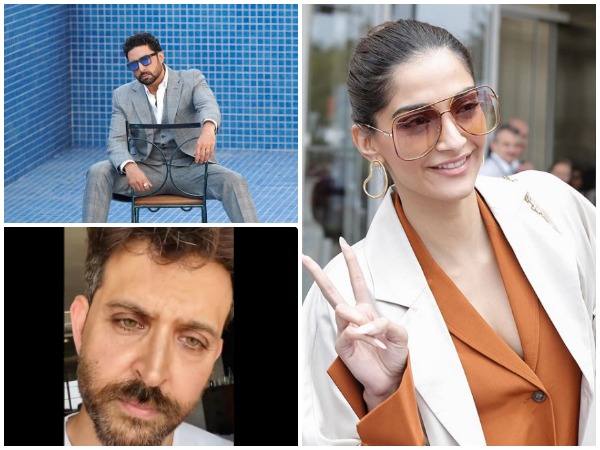 One of the first to react to this positive news was actor Hrithik Roshan, who took to his Twitter handle to retweet the post.
Along with the shared post, the 46-year-old actor wrote "this picture made my day. My respect for the determination of patients & the relentless effort of our Doctors. #COVID19 #IndiaFightsCorona 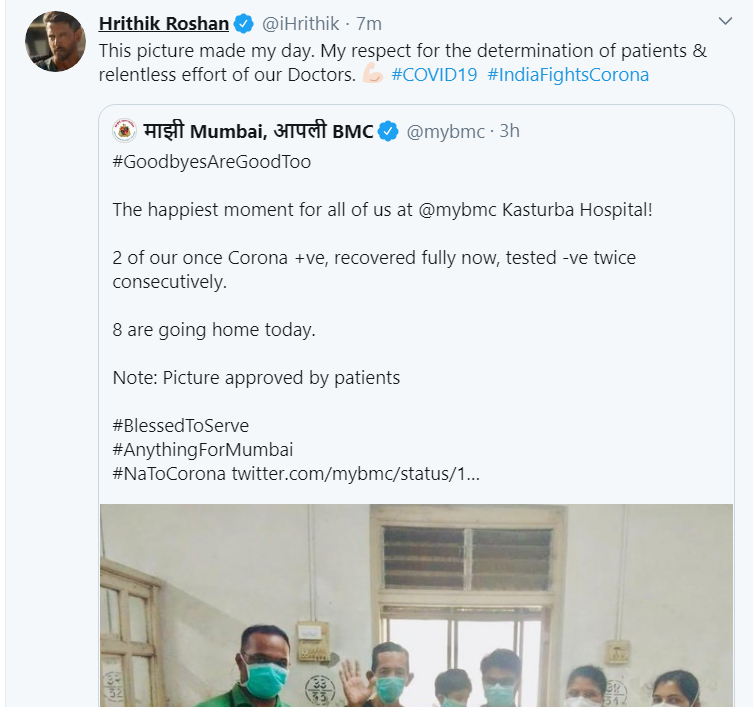 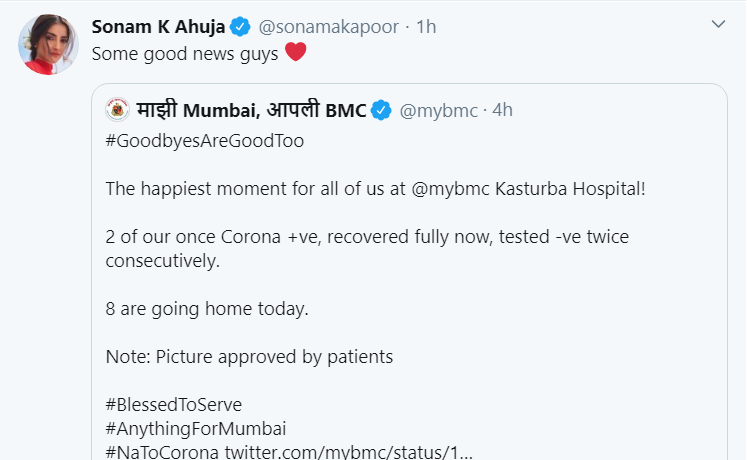 "Some good news guys," the 'Neerja' actor wrote.
Meanwhile, Abhishek Bachchan too continued the thread of the good news and re-tweeted the post on his Twitter handle. 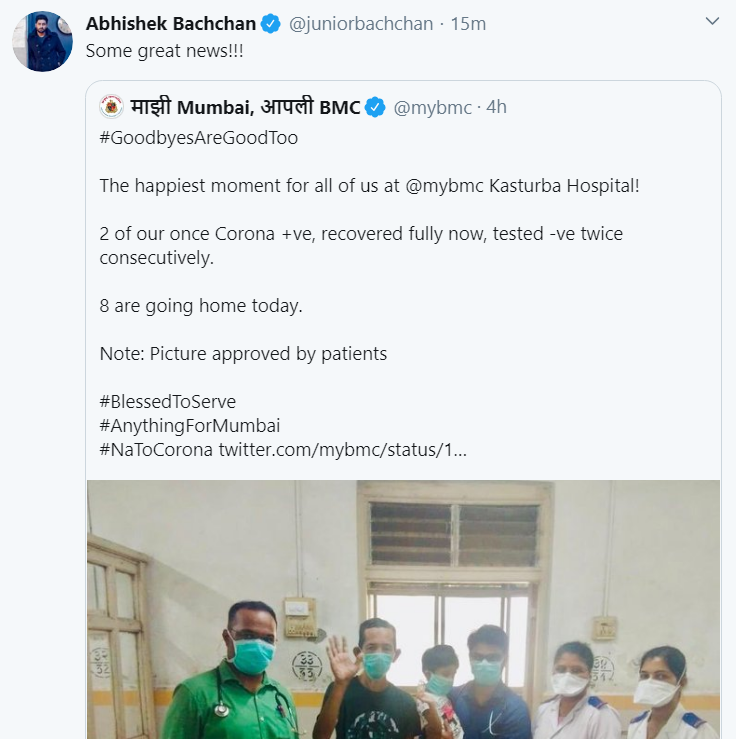