Bollywood pours in wishes for Big B on his 77th B'day 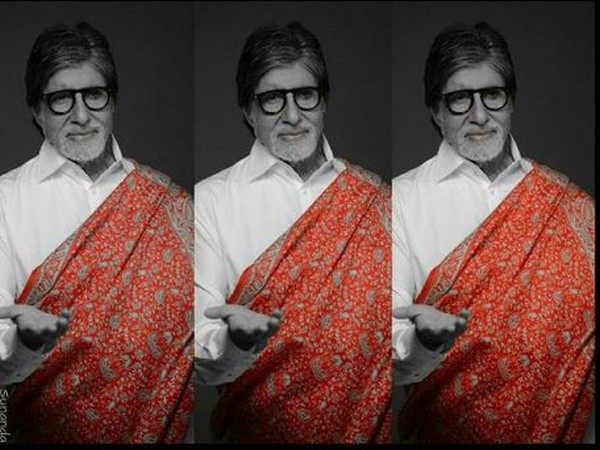 Some of the renowned names from Bollywood extended their best wishes to Bachchan, who had a career spanning over 40 years in not only Bollywood but other vernacular language films as well.
The first set of wishes for the actor came from his family where his daughter Shweta Nanda was the first one to wish her father on the special day. Shweta shared a picture from an event where she can be seen standing beside her father while the iconic star can be seen sitting with a pagdi.
"When you get to the top of the mountain, keep climbing- Happy Birthday Papa I love you endlessly," she captioned the adorable picture. 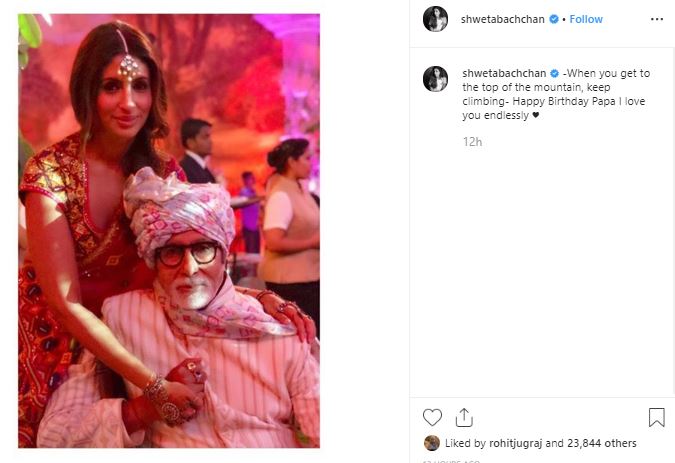 Born in Prayagraj, the actor is married to Jaya Bhaduri and is a proud parent to actor Abhishek Bachchan and Shweta.
His mother, Teji Bachchan, was a social activist while his father Harivansh Rai Bachchan was a poet.
Parineeti Chopra shared a picture with the great star on her Twitter handle. In the picture both the actors can be seen twinning in the same colour while grooving on a track.
"HAPPIEST BDAY SIR! May this year be bigger than the last and better than any other. Wish you all the health and happiness in the world. Love you sir @SrBachchan," she captioned the picture. 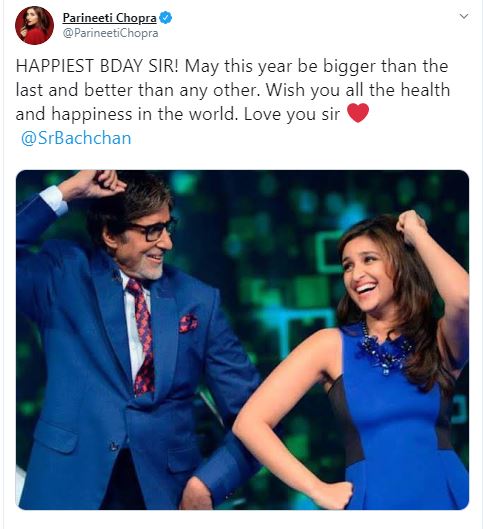 Ace choreographer Farah Khan's birthday wishes were next level. The star shared a blurr selfie with the birthday boy and spread a rumour about "national holiday" on his birthday. "Happy birthday @SrBachchan .. heard theyv declared a National Holiday today for your birthday .. lov u Amitji," she tweeted. 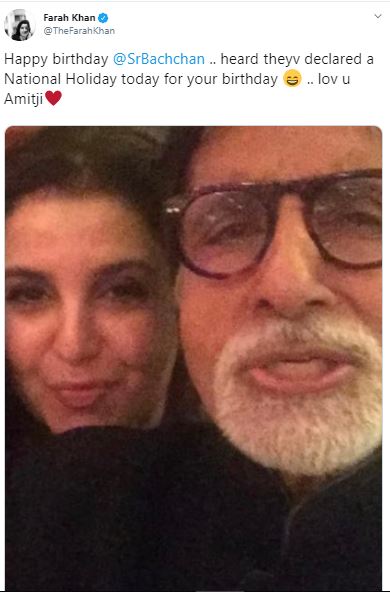 Madhuri Dixit Nene who believes that Amitabh is energy and enthusiasm on screen is always an "inspiration" for all.
"Wishing you a very happy birthday @SrBachchan saab. Your energy & enthusiasm is inspiring! Love & warm regards," she wrote.

Karan Johar who had the privilege of growing up around the veteran actor penned a heartfelt note on his birthday while recalling some old fond memories.
"I was a 3 or 4 years old when I began to realise the magnitude of the man....subsequently I had the privilege of growing up around him ... I was first told I must always touch his feet as a mark of respect...but very soon after it came absolutely naturally to me...in fact it's now a reflex action when I see him and I can never stop myself ( even when i know my pants are perhaps a tad tight and it could result in an embarrassing tear) I call him Amit uncle( with great pride...almost patting my back because I have the right to this familiarity) and he will always be like a father figure to me...."
A star-struck Karan added that the flamboyant actor will always be his inspiration including his "paramount passion" and "ambition o keep achieving."
"I probably can never be entirely myself around him because that starstruck kid with big awestruck eyes every time he walked into a room has never ever left me...and never will...I fainted the First time I had to work him and am not sure things have changed even today...I faint a little in my head every time I meet him and then compose myself so I can play-act a serious filmmaker again!"
"Amitabh Bachchan is my hugest inspiration ...his childlike enthusiasm for everything he does...his paramount passion for every tiny detail...his ambition to keep achieving after being the ambassador of achievement ...what do I say...there will never be a man and legend like him ever again! And there shouldn't be....he has earned the place of mega movie star monopoly! Happy birthday Amit uncle! We love you so much," he added while sharing a close-up shot of the actor.

Ajay Devgn who had the opportunity to work with the actor in films like 'Satyagraha', 'Khakee', 'Teen Patti' and many more too took to Twitter to pen his wishes on the special day.
"Wish you many happy returns of the day Amitji," he wrote.

Farhan Akhtar who has worked with the star in films like 'Wazir' and 'Bombay Talkies' shared a picture of the actor from his early days in the Bollywood industry.
"Happy birthday Amit uncle. @SrBachchan .. lots of love," he tweeted. 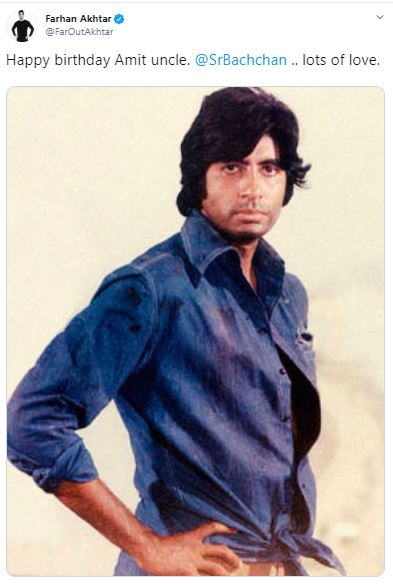 Dia Mirza who recently appeared with the icon during a public event, shared a smiling picture with Big B on Twitter while wishing him a healthy, happy life ahead.
"Happy birthday Amitji @SrBachchan! So much love and respect for you. Lucky to be witness to your passion, discipline and craft. Wish you a healthy, happy and wondrous year ahead. All my love," she captioned the picture.' 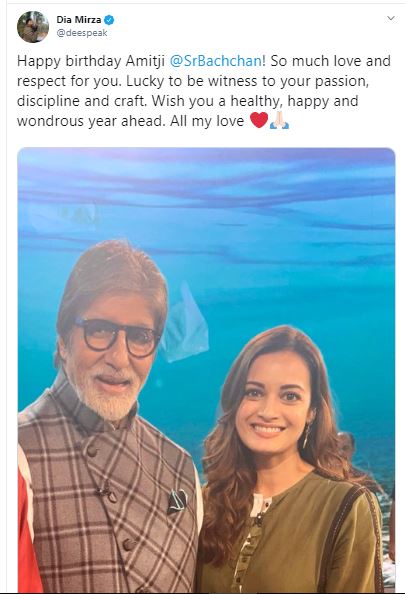