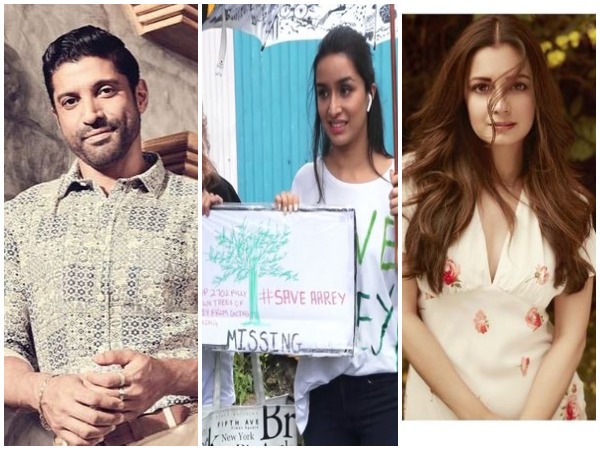 New Delhi (India), Oct 5 (ANI): Celebrities from Bollywood vented out their anger on social media after authorities began cutting down trees at Mumbai's Aarey Colony for a metro car shed, merely hours after the Bombay High Court dismissed all petitions against the move.

Voicing his concern, actor Farhan Akhtar wrote on Twitter, "Cutting trees at night is a pathetic attempt at trying to get away with something even those doing it know is wrong. #Aarey #GreenIsGold #Mumbai." 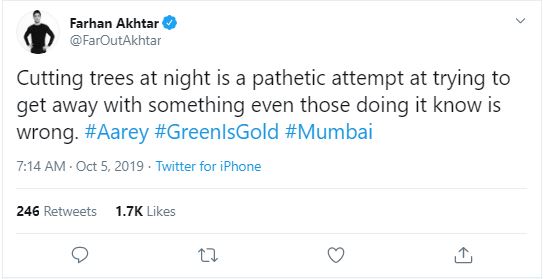 Actor Shraddha Kapoor, who earlier joined Mumbai protestors to support their opposition to the decision by Brihanmumbai Municipal Corporation's Tree Authority to slash 2,700 trees in the Aarey forest to make the metro car shed, expressed her anger on Instagram.
She posted a screenshot of a few news articles writing "This is wrong and should not be happening" and "Mumbaikars wake up". 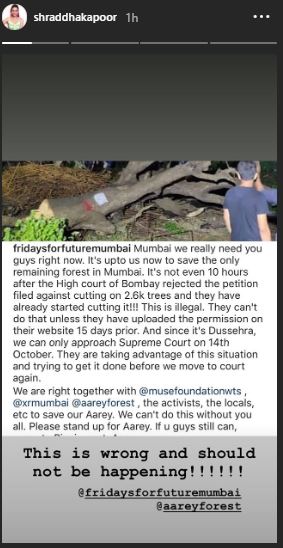 Actor Dia Mirza who is a UN Goodwill Ambassador expressed her worry and tweeted, "400 trees have been cut in the dead of the night. As citizens sang and joined hands in unity pleading to STOP this massacre. Can't you see they are UNITED by love!?! Love for nature. Love for our children and our future. #Aarey #ClimateAction #ActNow #ChangeIsComing." 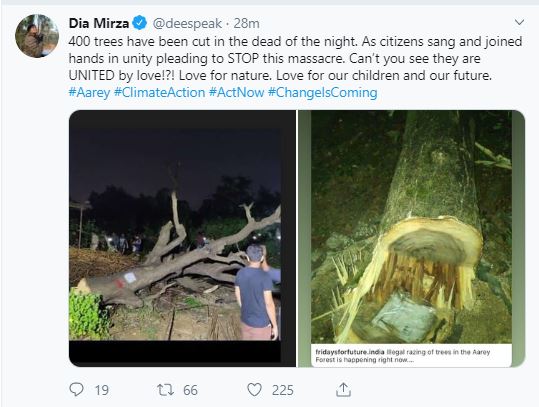 Richa Chadda, an environment lover too expressed exasperation over cutting trees at the Aarey Colony.
"Why were trees cut in the dead of the night? Who gets rich(er) because of this metro car shed? Everything about this is shady from the get-go, including how the first signatures for the tree felling were obtained," she wrote.

"Such disappointing news on #AareyForest Cutting the trees in the night clearly shows even they know it's horribly wrong, inhuman. But we can compliment #GretaThunberg act blind n deaf to our own #Aarey n think we did our bit to the #environment," tweeted actor-turned-politician Urmila Matondkar.

Other than B-town celebrities and political leaders scores of locals including environmental activists have been opposing the cutting of trees for the construction of the car shed of the metro station. They are demanding the relocation of the bus depot, which is a part of the Metro III project.
Meanwhile, actors like Amitabh Bachchan and Akshay Kumar had supported the metro project. (ANI)
ADVERTISEMENT