BottleRock Napa Valley festival rescheduled for October due to coronavirus 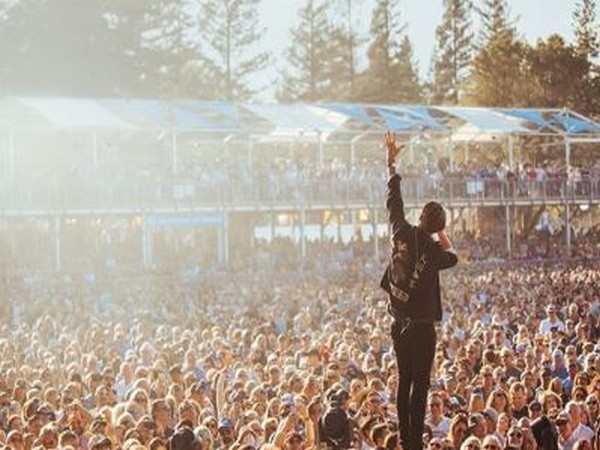 New Delhi [India], Mar 19 (ANI): Coronavirus outbreak has forced one of Northern California's most popular music festivals, BottleRock Napa Valley, to postpone its dates to the month of October.

The music festival was earlier scheduled for May 22 to 24, which has now been postponed to October 2 and 4.
The official twitter handle of the BottleRock Napa Valley shared the official statement on Twitter on Thursday. 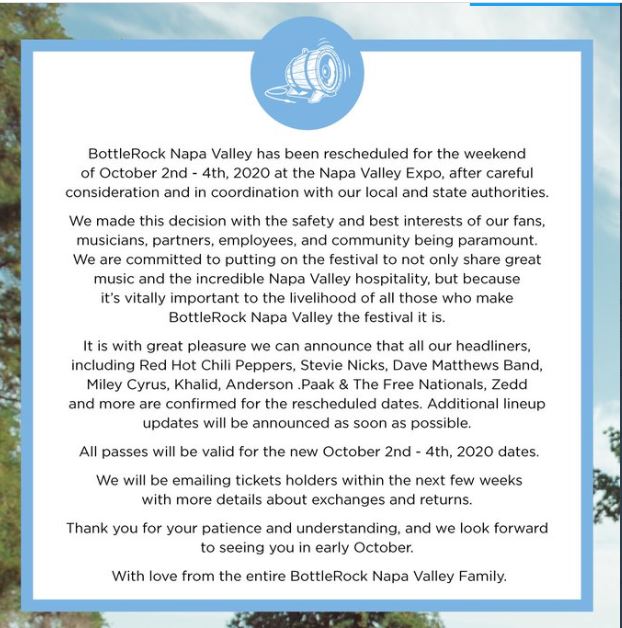 "We made this decision with the safety and best interests of our fans, musicians, partners, employees, and community being paramount," the statement read.
The festival organisers also expressed their "pleasure" as all headliners for the music festival have been locked in for the new dates.
"It is with great pleasure we can announce that all our headliners, including Red Hot Chili Peppers, Stevie Nicks, Dave Matthews Band, Miley Cyrus, Khalid, Anderson. Paak & the Free Nationals, Zedd and more are confirmed for the rescheduled dates," the tweet read.
It also stated that all passes for the festival will be valid for the new October 2- 4, 2020 dates. (ANI)
ADVERTISEMENT