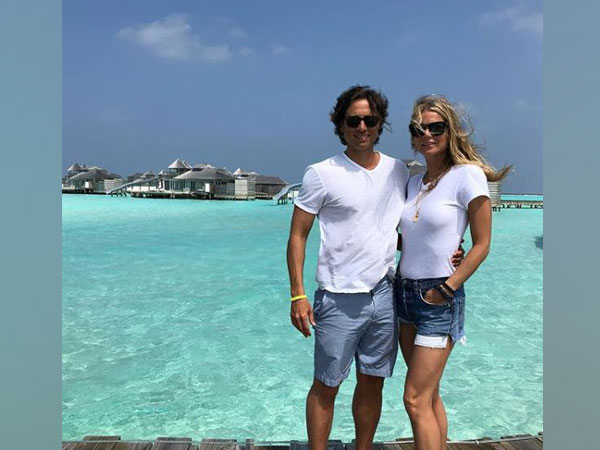 Washington D.C. [USA], Aug 14 (ANI): Writer-producer Brad Falchuk and actor Gwyneth Paltrow had a very sweet reason for not moving in together even after being married for almost a year.

In a new interview with WSJ Magazine, Falchuk explained the reason why they decided to take it slow for the sake of their children from previous marriages, reported Fox News.
The moving-in process has been slow and according to the 'Pose' producer, it's for good reason.
The 48-year-old producer explained that blending their families was a delicate process and their children needed time to adjust. He has two kids from his previous relationship, while Paltrow shares Apple (15), and Moses (13), with Coldplay frontman Chris Martin.
"I'm moving in September. We've just done it slowly. Divorce is terrible, even when it's the right thing to do. And it's really hard on kids. Come September, we're all gonna Brady Bunch it up, and it'll be great," Falhcuk said.
Despite the attention their marriage has garnered, Falchuk said that the power couple doesn't let anything get in the way of their very "normal" bond.
"There's a media version of her and me but we're just home cooking dinner. Or she's just cooking me breakfast. That's all. We could not be a more normal couple," Falchuk said.
Falchuk added that his lady love is much better than him at brushing off the criticism about their lifestyle and space-sharing scenario.
He said, "Gwyneth has a very tough skin. She's like, 'You've got to relax.' At the end of the day, we're getting into bed together and nothing from the outside world or anybody's opinion means anything."
The much-in-love couple made headlines in June due to their unusual arrangement of living together only four days a week.
For the unversed, in June, the 'Iron Man' star admitted that Falchuk didn't actually live with her, despite being married for a year. Rather, he would spend four nights a week at her home and then crash at his pad for the remaining days.
Speaking to The Sunday Times, Paltrow explained that dividing the space has been healthy for their relationship and even noted that her married friends say "the way we live sounds ideal."
In an interview with InStyle earlier, the 'Avengers' actor said that "married life has been really good."
"I adore my husband. He's brilliant and deeply kind. I feel like he's a real equal, too. And he pushes me in the best ways. I really like being married. It's fun," she added.
The couple first met when Paltrow appeared on 'Glee' and got hitched in a private, star-studded wedding ceremony in the Hamptons in September 2018 after dating for more than three years. (ANI)
ADVERTISEMENT