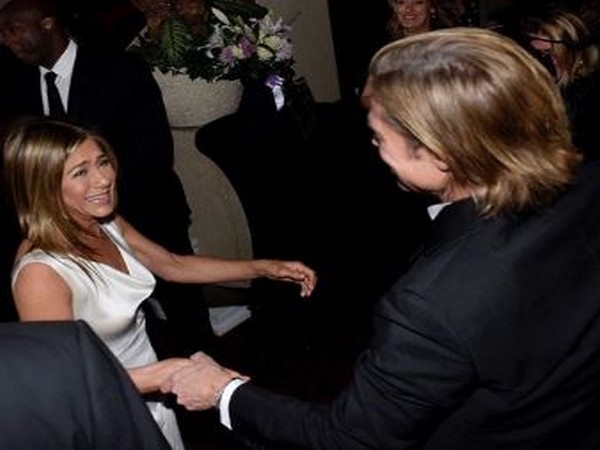 According to Us Weekly, Vivien Killilea Best, a photographer who captured the reunion, shared details on Instagram after the show, and wrote, "The reunion you've all been waiting for happened tonight. And it was captured for you to see by Vivien Best Photography, I was backstage at the SAG-AFTRA awards and heard a familiar voice shouting 'Aniston! ANISTON!' I turned around and saw this gem of a moment happen.". Killilea shared multiple photos of the pair, who were married from 2000 to 2005. 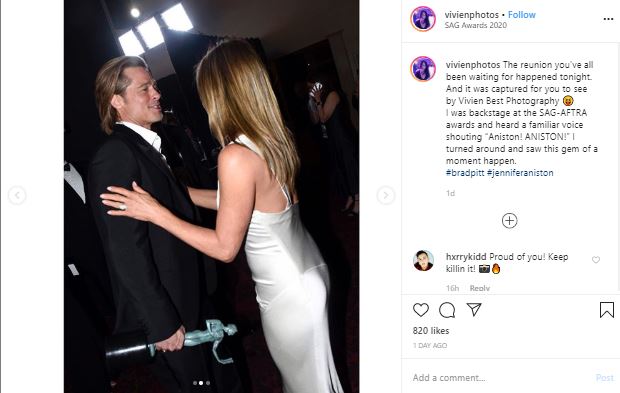 The duo looked happy to see each other as they briefly held hands in the photo.
Pitt was backstage during the 'Morning Show' actor's win and was caught watching it on the big screen and wiping tears from his eyes during her speech during the show.
The 'Mystery Murder' actor said at the podium, "All of you, your performances inspire me. For years, I feel like we have kind of grown-up together. I know the few times I have been invited back into this room over the last 20-something years, it has been so special, the times that I have been invited. And to be up here is truly an honour."
The 'Once Upon a Time in... Hollywood' star Pitt won the award for best actor in a drama and he went with comedy as he joked that he was going to add the win to his Tinder profile. He then hinted that he may have something in common with the part he played.
Delivering his acceptance speech, Brad joked about how his character in the film was a guy who "doesn't get on with his wife." After cracking the joke, a camera panned to his ex-wife Aniston, who smiled and clapped. (ANI)
ADVERTISEMENT