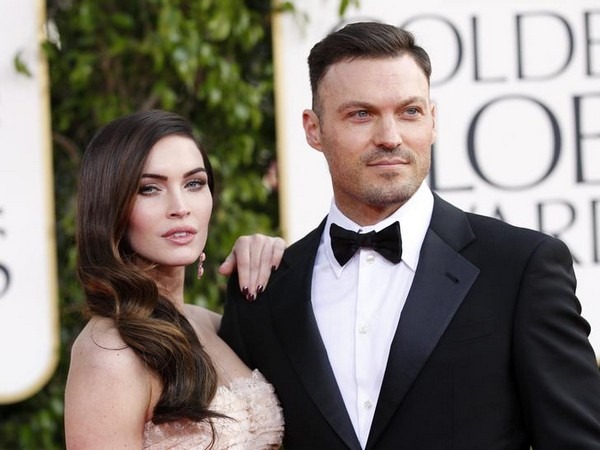 Washington D.C. [USA], May 19 (ANI): Actors Brian Austin Green and Megan Fox are going their separate ways after 10 years of marriage.
According to The Hollywood Reporter, 46-year-old Green, on Monday announced the news during an episode of his podcast 'With Brian Austin Green' where he emotionally opened up about the breakup with Fox.

The 'Beverly Hills 90210' star revealed that they simply grew distant at the end of last year while Fox was away shooting a film.
Green recalled Fox saying during the conversation they had after she returned from filming, "She said, 'I realised when I was out of the country working alone that I feel more like myself, and I liked myself better during that experience and I think that might be something worth trying for me.'"
Though feeling "shocked" and "upset" at first, Green admitted that he couldn't be upset with her for being honest.
He said, "Neither one of us did anything to each other. She's always been honest with me. I've always been honest with her. We've had an amazing relationship. I will always love her. And I know she will always love me and I know as far as a family what we have built is really cool and really special."
The 'Impact Point' star shared that they intend to "still do family vacations and holidays as a family and really make that a focus for the kids."
Green went on to say that it's hard to adjust to the change and he doesn't want himself and Fox to "be at odds": "She's been my best friend for 15 years and I don't want to lose that."
He added: "There's this sense of loss of, 'How do I go on with this big part of my life that I've always known and loved and shared changing?' What does that landscape look like? What does that life look like?' ... Megan and I talked a lot about it, and it's a big concern for both of us." Aware of the scrutiny around their age difference, Green defended Fox, saying "she's really a responsible person. ... She really loves the kids and cares about what their life and their experience is."
The couple share three children together 7-year-old Noah, 6-year-old Bodhi, and 3-year-old Journey, and Green said that they are only concerned about controlling how the separation will truly affect their children.
After photos circulated online of Fox and Machine Gun Kelly, whose real name is Colson Baker, hanging out -- Fox and Baker are co-stars in the upcoming film, 'Midnight in the Switchgrass,' Green said Fox and Baker are "just friends at this point."
He said, "She met this guy, Colson, on set. I've never met him. Megan and I have talked about him. I trust her judgment; she's always had really good judgment."
Green emphasised that despite what tabloids can say, he didn't want the public to categorise Fox and Baker as "villains or that I was a victim in any way."
Fox and Green started dating in 2004 and married in 2010. Fox had filed for divorce from Green in 2015, but the couple later reconciled. (ANI)
ADVERTISEMENT