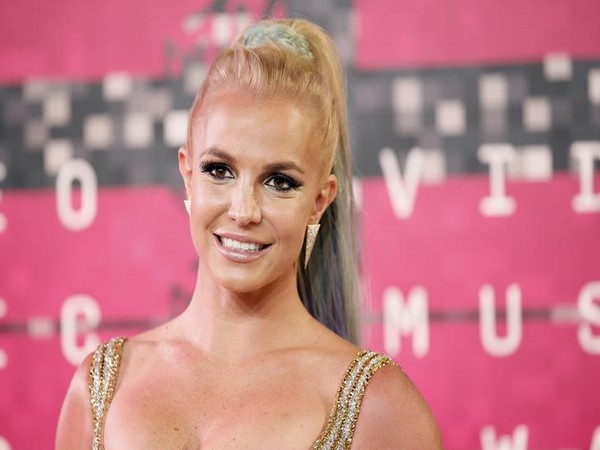 Washington [US], September 15 (ANI): Singer Britney Spears, who recently got engaged to her boyfriend Sam Asghari, has deactivated her Instagram account.

The 39-year-old pop star on Monday had fans buzzing on social media after her Instagram page was mysteriously taken down, but a source close to her told People magazine that she "is taking a break, as many celebrities do."
The source added, "It was her decision, and nothing else should be read into it. She is in a great place, legally and personally."
Spears tweeted after deactivating her account on the photo-sharing application, "Don't worry folks ... just taking a little break from social media to celebrate my engagement !!!! I'll be back soon."

Indeed, the singer's move to deactivate her Instagram comes amid her recent engagement to her fitness-instructor-model boyfriend and legal wins in her ongoing conservatorship case.
Asghari popped the question on September 12, just days after Spears' father, Jamie, filed a petition to end the conservatorship that has ruled her life for 13 years. "I can't f---ing believe it," she had captioned an Instagram video showing off her ring.
In a follow-up post, she wrote about her engagement, "Words can't even say how shocked I am ... geez although the asshole was way overdue!!!! It was definitely worth the wait."
"Yes world ... that beautiful f--ing man in that picture is MINE!!! I'm so blessed it's insane," she added of Asghari.
This will be the third marriage for Spears, who briefly married her childhood friend Jason Alexander in 2004. She and ex Kevin Federline, with whom she shares sons Sean Preston and Jayden James, filed for divorce in 2006 after two years.
Spears made her desire to remarry known when she testified in a June 23 conservatorship hearing.
"I don't feel like I can live a full life," the singer said then of the conservatorship, under which her father and others have made her personal and financial decisions since 2008. "I want to be able to get married and have a baby."
Since Jamie is still the conservator of Spears' estate and will continue to be until at least the next court hearing on September 29, he has begun working on the couple's prenup, according to a source close to the situation. However, a Jamie source denied this.
"Jamie is working on finding a lawyer to do the prenup. Because it involves finances and he's still officially Britney's estate conservator, he is figuring out the details," the source close to the situation explained.
"It has to be a divorce lawyer who handles the prenup," the source added.
After fans -- including Oscar-winning actor Octavia Spencer -- suggested that Spears get a prenup ahead of their wedding, Asghari joked that he'd be signing an "ironclad" agreement to protect his own belongings.
"Thank you to everyone who is concerned about the prenup. Of course, we're getting an ironclad prenup to protect my Jeep and shoe collection in case she dumps me one day," he wrote on Instagram along with two crying-laughing emojis. (ANI)
ADVERTISEMENT