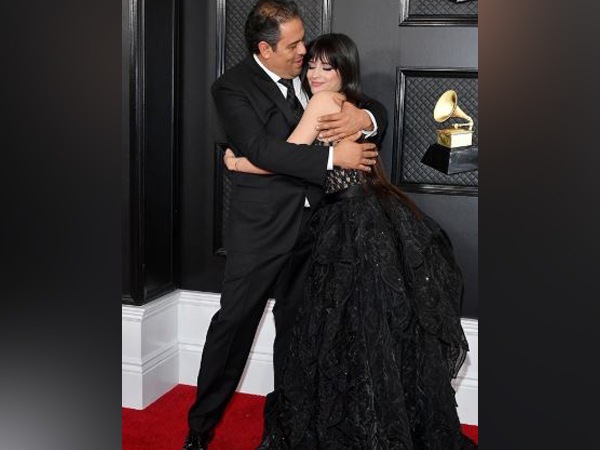 Washington D.C [USA], Jan 27 (ANI): Camila Cabello might be a nominated artist in the 62nd Grammy Awards, but more than the guesswork of she winning an honour, the focus was diverted towards her heart-wrenching performance that she dedicated to her father at the Grammys on Sunday (local time).

The 22-year-old singer dedicated an emotional performance of 'First Man' at the 2020 Grammy Awards to "the first man that really loved me," her father, Alejandro Cabello.
Camila who took the centre stage for the performance was seen donned in a pink gown draped in pink pearls. 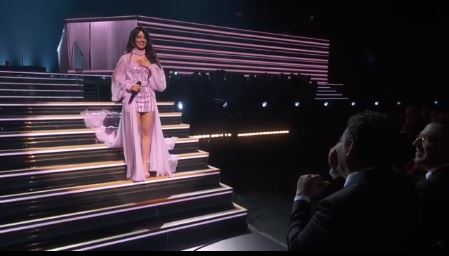 The 'Havana' singer belted out the heartfelt track, while the clips of some adorable moments from her childhood with her father were being played in the background.
Towards the end of her performance, the singer walked down the stage towards her father who was seen overwhelmed with emotions.
The singer hopped on to Instagram to share two photographs, one from her red carpet moment with her father and the other a throwback childhood picture.
"Thank you for everything my papa #firstman," she captioned the post. 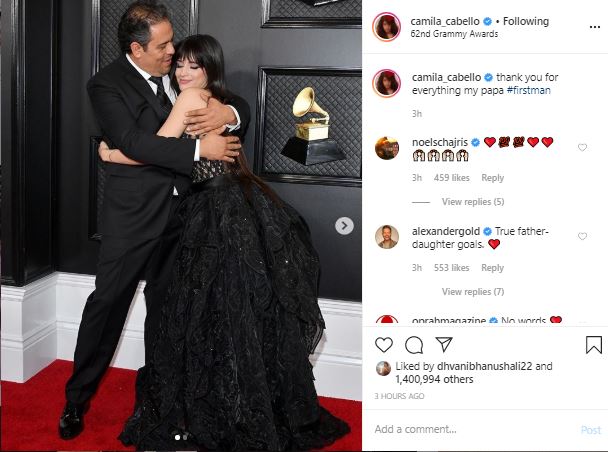 She also shared a snippet from her Grammy performance which she dedicated to her father.
Alongside the video, she posted a rather lengthy caption on what emotions she had to go through while writing this song for her father.

She began the caption as: "a year ago last October I was in Nashville while on tour and I wanted to get in the studio and write because I hadn't had the chance for quite a while.. I came in with a bunch of ideas but suddenly I just started thinking about my dad and missing him and thinking about how much he means to me. I had to go to the bathroom and just sob every 10 minutes writing this song, I could barely get through it and I almost didn't tonight" 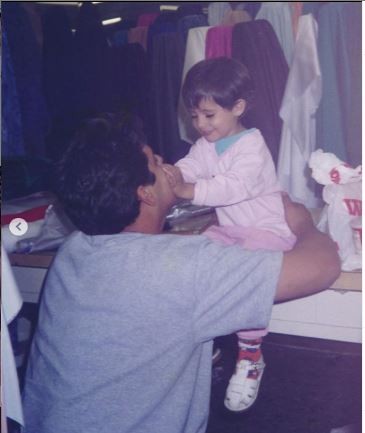 Thanking her father for the selfless love he poured on her, Camila further penned: "thank you to my dad for showing me what it is to love someone selflessly, for making me always laugh when I cry, for being my constant safety and arms to fall into. I dedicate this to all dads out there - the ones that are with us and the ones that aren't anymore but that we will always have in our hearts."
Camila was nominated for best pop duo/group performance with Shawn Mendes for their smash hit 'Senorita.' (ANI)
ADVERTISEMENT