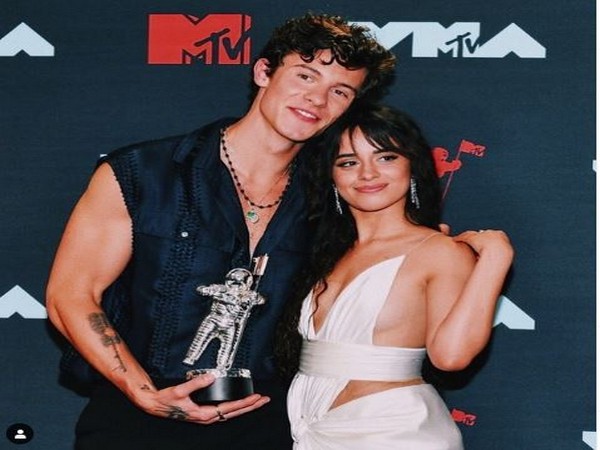 Washington D.C. [USA], Sept 7 (ANI): After impressing fans with their sizzling chemistry at MTV Video Music Awards, Shawn Mendes and Camila Cabello took their romance across the border at a recent concert in Toronto.

According to People, though the appearance of the 22-year-old singer was a big surprise for the audience, they seemed to be totally enjoying the steamy duet. At the end of the song, as the lights faded, Mendes appeared to give Cabello a sweet kiss on the cheek.
The Friday performance marks the second time that the pair -- who has played coy about their romance over the last several months -- has performed the song live.
Mendes also gave a big shout out to his hometown Toronto as he took the stage at the Rogers Centre.
"It feels unbelievable to be at home and feel all this love," the singer 21-year-old singer raved.
The pair sparked romance rumours after they featured together in the latest track 'Senorita'.
Ahead of the Toronto performance, the duo was seen walking hand-in-hand through Mendes' hometown as they made their way to Early Bird Coffee & Kitchen. During their walk, an onlooker said the couple also stopped for a makeout session in the middle of a park.
Over the last several months, the two singers have been spotted kissing and holding hands in public on several occasions, including over coffee in San Francisco, in the ocean in Miami, during a date night in Montreal, and in Brooklyn after grabbing dinner with Mendes' parents. (ANI)
ADVERTISEMENT