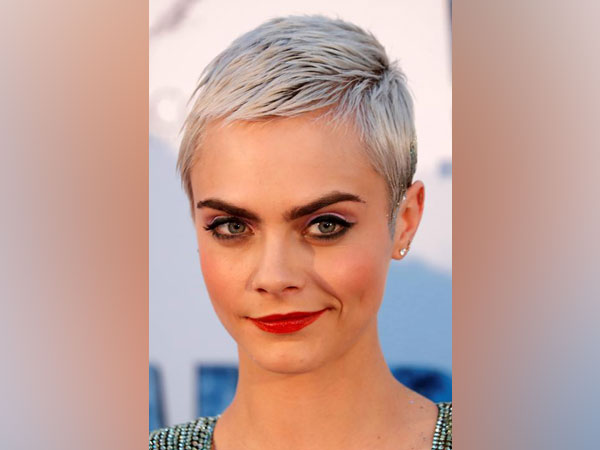 Washington D.C. [USA], Sep 3 (ANI): Supermodel Cara Delevingne feels that she is a better person when she's "in love" and is happy sharing her life with someone special.

The 27-year-old model, who has kept her relationship with 'Pretty Little Liars' star Ashley Benson private, revealed in her October cover story with ELLE UK that she feels like a better person when she's in a committed relationship, reported People.
"I'm just better when I'm in love," she said, clarifying that it could also mean self-love.
"That doesn't have to mean with someone. It can also mean with myself. It just feels incredible when you're not alone, when you're facing the world with someone else," she added.
Delevingne and Benson have largely kept their romance out of the spotlight. However, the model finally confirmed their relationship in June when she shared a steamy clip on Instagram pulling Benson in close for a kiss.
In her ELLE UK cover story, the model explained that their secretive nature was not out of shame of accepting their sexual preferences.
"I don't want to be so secretive that people think I'm ashamed of anything. But I've never been in a relationship where things are so public, or where I posted pictures of someone else," she said.
"This seemed different. We had gotten to the point where we had kept it a secret, or at least not wanted attention, and now I feel like I'm not going to not be proud," the model added.
The pair was first linked in August 2018, when two were spotted kissing at London's Heathrow Airport. The same month, Benson told People Now that she values privacy when it comes to her personal relationships.
"I think privacy is the best way in any relationship. I've always been very private about them, and I think it's just better," Benson told People Now in August 2018.
Benson added, "I mean it's hard, I don't know, you kind of can't get away from that if you're in the public eye. I just kinda try to keep myself as private as possible."
Earlier this month, Benson got a second tattoo that seemingly honoured Delevingne.
Celebrity tattoo artist JonBoy shared Benson's new ink on Instagram in a photo that featured the actor showing off the scripted word "Squish" on her torso, which appears to be a nod to the sweet nickname Delevingne gave herself.
Benson's new ink came less than a month after she first debuted a 'CD' tattoo just below her armpit. Although she did not confirm it was a tribute to the model, since it shared Delevingne's initials, fans believed that could be the case.
In July, the duo sparked engagement rumours after they were spotted wearing bands on their ring fingers while vacationing together in Saint-Tropez. (ANI)
ADVERTISEMENT