Cardi B already has another movie role lined up after 'Hustlers' 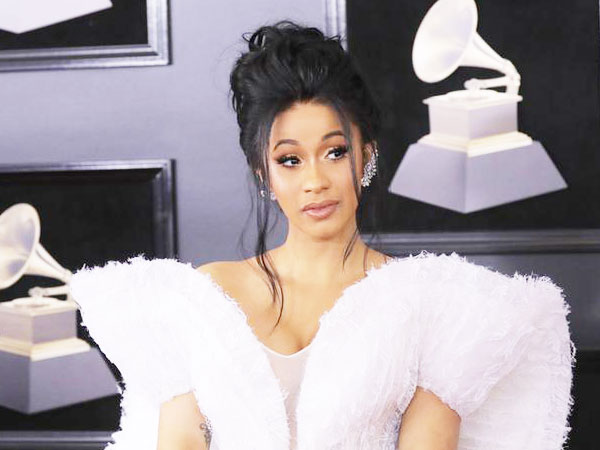 Washington DC [USA], Oct 4 (ANI): Rapper Cardi B is going where the money takes her! The star revealed that she has already lined up another film role after the success of 'Hustlers'.
On a recent episode of 'The Ellen DeGeneres Show', the Grammy-winning rapper revealed that after her acting debut in 'Hustlers', she is taking on another big-screen role, reported People.

"I'm going to film for a movie this month," she said. Unfortunately, the 26-year-old rapper didn't elaborate on what the mystery project is.
The news came as a surprise to DeGeneres as the rapper complained about the movie-making process in the interview.
"I couldn't believe I was on set for 16 hours. It's like, 'Is this what actors and actresses gotta go through'," Cardi said.
"Artists, we have long days but it's just full of excitement. We move around, we doin' something. Acting, you like, you gotta wait on the trailer until it's your turn. You gotta do the same scene 20 times," she added.
Revealing why would the rapper take on another movie role if she didn't enjoy it, she had a pretty good reason. "I enjoy the checks," Cardi said.
Cardi didn't have to do much prep for her role in 'Hustlers', as she had worked as a stripper in the past. But that didn't mean taking the role in the Jennifer Lopez-led drama didn't give her nerves.
The 26-year-old rapper's heart was "pumping fast," she told Access, especially when she had to shoot the scene where she gives Lopez a lap dance.
"Like, 'Oh, my god, I gotta rub my v-g--a on them. Because that's how you really give a real lap dance. That's how you work the clock," Cardi recalled.
In 'Hustlers', Lopez plays Ramona, the leader of a group of strippers in a Robin Hood-esque scheme to scam wealthy men, when the sex industry bottoms out during the financial crisis of the late 2000s. The film also stars Cardi, Constance Wu, Julia Stiles, Lizzo, Lili Reinhart, and Keke Palmer as the group of strippers.
The film is inspired by a true story detailed in a New York Magazine article titled 'The Hustlers at Scores', which was first published in December 2015.
Apart for a new movie role, the 'I Like It' rapper also shared that she signed up as a judge on Netflix's new reality hip-hop competition series 'Rhythm + Flow' because of how much it paid.
But that doesn't mean she didn't learn to love the judging gig, which she shares with T.I. and Chance the Rapper.
"I grew a connection to the contestants and to everybody. I was really emotional the last day. I couldn't believe it. I was so sad. I feel bad because I feel like we crushed a couple of people's dreams but the labels would have done that," Cardi said.
The episodes will release across three Wednesdays beginning on October 9. (ANI)
ADVERTISEMENT